Meaningful circles are always there to be squared, however difficult, and however long it takes. Great to see, therefore, Sophy Roberts’s beautifully insightful piece Fighting the Good Fight for Departures begin with mention of the article that brought the Grumeti Reserves and the work of its original benefactor Paul Tudor Jones to the attention of a traveller-type hungry for something much more than luxury for luxury’s sake.

As Roberts says, the Grumeti Reserves conservation model was both a bold and, at the time, rare initiative, one that saw Tudor Jones take out long-term leases on ex-hunting blocks and partner with the brilliance and polish of African lodge company Singita to begin the process of reclaiming and protecting land that, she says (quoting Singita founder Luke Bailes), was ‘poached to hell and gone.’

Alert to the potential problems posed by a model bankrolled by a single billionaire (what happens, asks Roberts, if Tudor Jones is ‘hit by a bus?’), Grumeti Reserves has evolved over the past 18 years to rely on the philanthropy of several other private donors, and possesses in the Grumeti Fund a not-for-profit scheme designed to tackle poaching and ecosystem management through partnering with the local community. Requiring the coming together of public and private interest, it has been described by Tudor Jones as a blueprint for the conserving of ‘the continent’s special places.’

The success of the endeavour is there for all to see. Indeed, Roberts devotes a significant part of the article to her own experiences of the concession, one that she describes as resulting in a fundamentally primal relationship with the landscape and its wildlife. ‘The heat, the dust, life, death, light, and darkness spark the fight in every species, including our own, to conceive and to protect the things we love.’ It is these feelings, she says, that ‘draw me back to this achingly beautiful place.’

Creating such a place is no walk in the park. It has required enormous reserves of will power, funding, and expertise. It has drawn on the creativity of its stakeholders. And it has meant coping with setbacks, as Roberts witnesses first hand, when the translocation of Zambezi, an eastern black rhino, ends in tragedy, the rhino dying in transit. Describing the reaction, Roberts quotes Grumeti’s head of special projects, Grant Burden: ‘The bigger picture is that the whole species is at stake. You can’t put a price on that. We have to keep going.’

It’s an extraordinary organisation, and which I’ve been fortunate enough – via both Journeys by Design and Wild Philanthropy – to work with. Journeys by Design organised that original Departures trip, the resultant article singlehandedly, as shared elsewhere, introducing us to the American market, one that has continued to serve us wonderfully, and which over the course of the last 18 years has, in turn, gone on to serve – through philanthropic endeavours inspired by the likes of Grumeti – the wider world of Africa-based conservation. It is a circle beautifully squared. 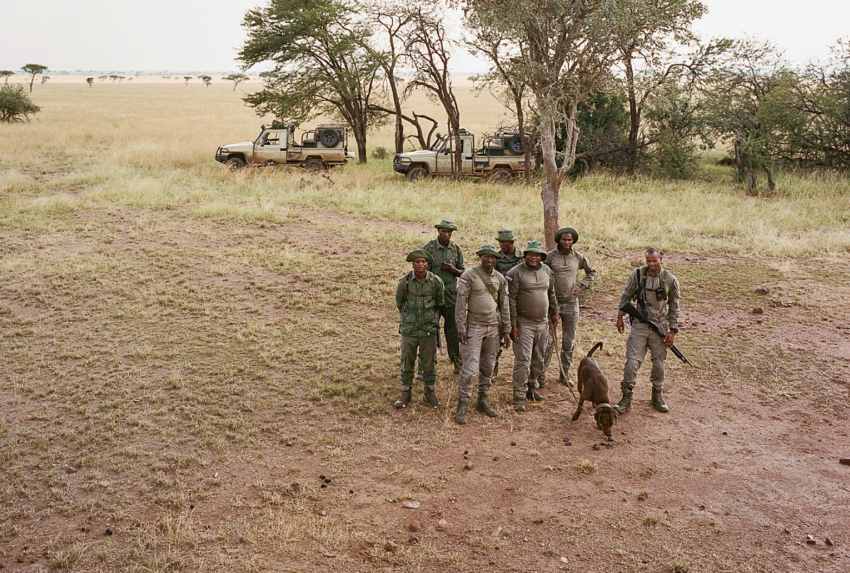