I am writing this on the last day of Eid Al-Adha. Well, I think it’s the last day. I had thought Friday was the last day. It’s now Sunday, and it sounds like the celebrations are going to last as long as the villagers have the energy to do so. The drumming in the streets continues.

Eid Al-Adha, translated as the feast of the sacrifice, is the second of two Islamic holidays celebrated here in Africa, and worldwide, each year. The other is Eid Al-Fitr, which is celebrated at the end of Ramadan.

I’ve been observing the celebrations from the roof terrace where am living. We have 360 degree views over a traditional Berber village and Morocco’s windswept wedge of the Atlantic Ocean.

The first half of the week, all
neighbouring terraces, balconies and porches were housing sheep, in preparation for the feast to come. I quickly got used to their cacophony of bleeting. Did they know their fate?

On Thursday, it felt like Christmas Eve back in the UK, with everyone busily preparing for a few days of feasting at home with their families. And then on Friday, as the family hosting me headed off to the mosque for early morning prayers, made breakfast for our guests. Filling the table with home-baked breads fresh off the coal, pancakes and pastries.

Shortly afterwards, the sacrificing began. The sight, sound and smell of sheep being killed was quite extraordinary. I did not know what to do, where to look, what to think. Sacrifice, not kill, I was corrected. Before being sacrificed the sheep are blessed, a reminder, I was told, that all life is sacred and that we humans have been given the power to sacrifice and eat animals, and to give thanks for this. It represents the importance of family. And it highlights the importance of sharing – sharing is caring is a daily mantra here. Most of the sheep are given away to friends, family and the poor. It is an act that symbolises a willingness to give up our bounties in order to help those in need.

At night the village’s sandy streets came to life with children dressed in animal skins and other costumes. It’s an extraordinary sight, especially with the Full Moon rising in the sky. There were fires, drumming, chanting and dancing. I had a photo taken with two young boys in their goat skins. I can smell the blood as I write.

As with many other experiences over the last six weeks, I am grateful for the rare opportunity and insight into a culture both different and similar to my own. The contact and the connections formed with people who on the outside may seem to be very different has been a lesson to me. I feel very welcome here, and owe a great deal to the family with whom I am staying, who have been as much my teachers as they have my hosts. 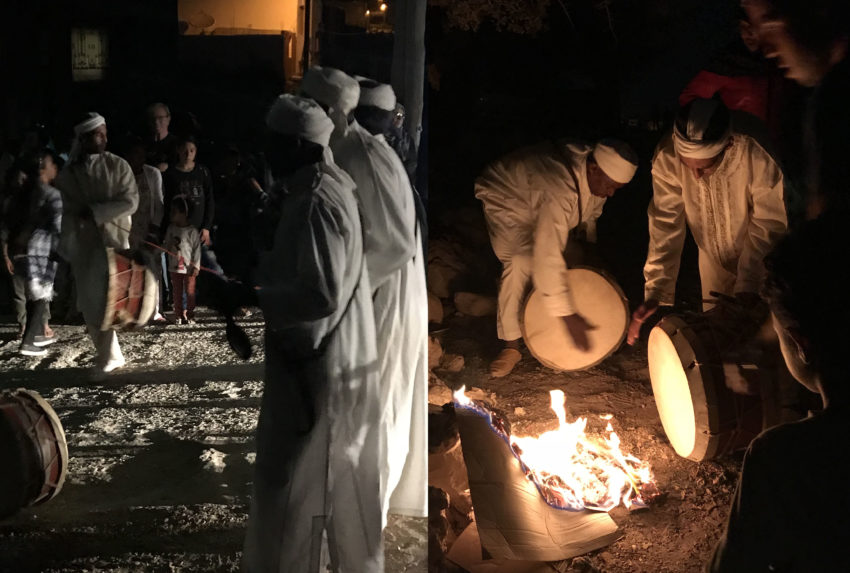