Exactly one month ago the BBC released the first episode David Attenborough’s newest five-part nature documentary called Dynasties. The series follows five endangered and vulnerable animal packs, who are fighting for survival – chimpanzees in Senegal, emperor penguins in Antarctica, a lion pride in the Maasai, African wild dog in Zimbabwe, and the documentary series concluded last Sunday with an episode on tigers in Bandhavgarh National Park, India.

It took four years to film, spending anywhere from 220 days (tigers) to 669 days (wild dog) with each species. In an interview with BBC Earth, Attenborough recounts how before filming the producer boldly stated:‘We will get a film crew and we will film exactly what happened. We don’t know whether it will be a triumph, we don’t know whether it’ll be a tragedy, but we will show you the truth.’ I believe this is the reason the series has been such a raging success. It is nature at its most natural. While each episode was – in and of itself – quite brilliant, my absolute favourites were about the Masaai Mara-based lion pride and the Mana Pools family of wild dog.

The Marsh Pride
Africa’s most well-known lion pride is the Marsh Pride in the Maasai Mara, Kenya. While it is a long lived and powerful dynasty, we meet it at a point of crises. With all the male lions having left the pack, it is up to its adult lionesses Charm and Sienna to take care of and feed the pride, which consists largely of female cubs. Throughout the episode one can watch the lion family facing an increasing amount of obstacles that need to be overcome if the dynasty is to survive. These hurdles come in the form of wildebeest, hyena and humans, the latter laying poison, after which Charm has to make a heartbreaking decision: choosing to stay with her unwell son or continuing and supporting the rest of the pride that so heavily rely on her.

We have had a fair few of the Journeys by Design family visit the Maasai Mara. However, only Jamie has been lucky enough to meet the Marsh Pride face to face, when she visited Kenya in 2016. ‘The pride, at the time looked like a formidable force. The gravity of seeing them only hit me after I had watched the lion episode of Dynasties. I felt extremely privileged to have seen this successful and well-known pride in the flesh. I hadn’t completely realised how integral they are to the area when I was there.’ The visuals showing the Maasai Mara have been captured amazingly and are breathtakingly beautiful, though Jamie firmly believes there is still no comparison to experiencing it all first-hand. 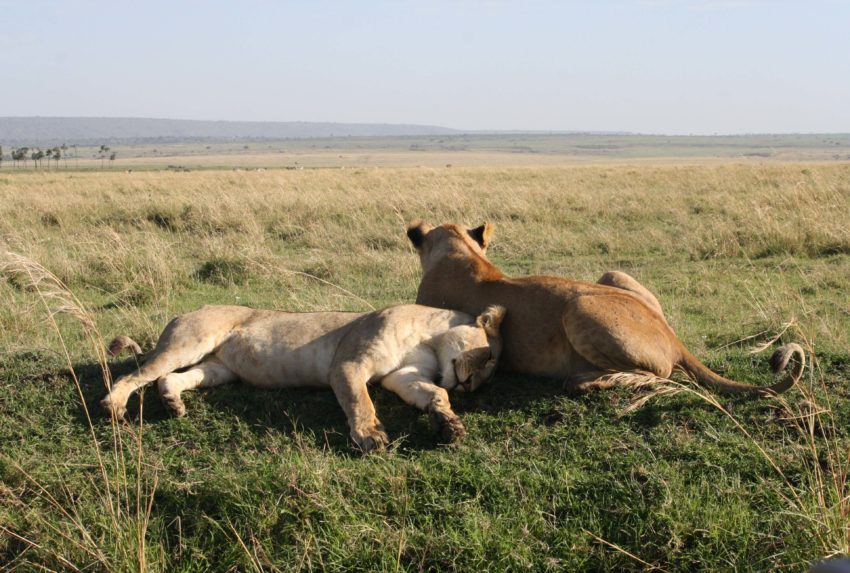 Painted Wolf
The endangered African wild dog, also known as ‘painted wolf,’ can be found dotted around sub-Saharan Africa. Dynasties fourth episode shows the film crew closely following what Attenborough calls ‘one of the last great families’ of painted wolves, which is based in Mana Pools, Zimbabwe. The episode shows an intense family feud between the ruling mother of the pack, Tait, and one of her daughters, Blacktip.

As you may remember, Emma Baker visited Zimbabwe on her first ever trip to Africa, just over a year ago. Upon her return, Emma recalls in her blog how she witnessed a rare sighting of African wild dog in Mana Pools. During a bush walk, her accompanying guide pointed to a tree not far from where they were standing, exclaiming that there was a small group of wild dog quietly sleeping in the shade. More than likely, Emma was in what Attenborough identifies as Tait’s territory. ‘You wouldn’t think,’ says Emma, ‘that they are such efficient and successful hunters, seeing them sleep so peacefully and adorably, with their pointed ears and beautifully coloured fur.’

I could not recommend watching Dynasties more. Every episode had my eyes glued to the screen and evoked every possible emotion, as I followed the five clans facing their own respective life-threatening issues. I can’t wait to get out to Africa and see these everything it depicts with my own eyes. In the meantime, I keep thinking about Attenborough’s summing up of Dynasties: ‘Animals,’ he says, ‘ also deserve a space on this planet. We are latecomers and the animals were there before us. Maybe we should be taking care of them, making allowance for them, giving them space.’

In the UK  Dynasties is currently available to watch on BBC iPlayer. The DVDs have also recently been released, along with a book including over 200 incredible photographs. If  Dynasties has awoken your thirst to travel to Kenya, Zimbabwe or anywhere else in Africa, don’t hesitate to get in touch with one of our destination specialists. 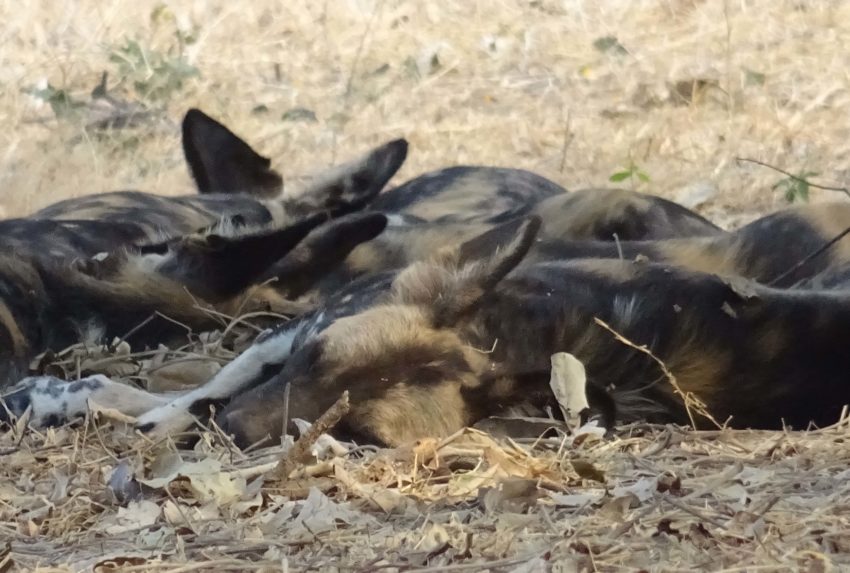 Emma Baker’s photo of the sleeping wild dog by the Zambezi River, Zimbabwe.