Africa Day commemorates the founding of the Organisation of African Unity (now known as the African Union) on this day, 25 May, in 1963, when leaders of 30 of the 32 independent African states signed a founding charter in Addis Ababa, Ethiopia. It was to be a day for Africans to come together and celebrate their diversity and unity; to commemorate Africa’s independence and freedom from colonisation; and to celebrate how far Africa has come and so reflect on what’s still be done.

Each year the day has a different theme, the aim being to create public awareness of a particular strand of the African Union’s Agenda 2063, which presses for an Africa renaissance, it’s aspirations including sustainable prosperity, a politically integrated continent, good governance, peace and security, a shared identity, self-reliance, and global standing. This year’s theme is ‘Winning the Fight against Corruption: a Sustainable Path to Africa’s Transformation’, and celebrations will be marked at the African Union’s headquarters in Addis Ababa by talks between Abiy Ahmed (Ethiopia), Paul Kagame (Rwanda) and Moussa Faki Mahamat (AU).

Interestingly, whilst researching for this blog, when I looked for this year’s theme on the Africa Day website, it wasn’t easy to find. The last video post on the site was footage of a celebratory event held in New York City, in May 2015. However, it is there, the day is still marked, nine African countries have a public holiday, and there are celebrations and concerts held worldwide. Somehow, though, its importance, as a day, seems to have become diluted, a fact noted over recent years by quite a few: ‘The point and history,’ write Lynsey Chutel and Yomi Kazeem for Quartz Africa, ‘seems to be lost on many.’

Easy to see why. It’s been more than 50 years since the first Conference of Independent African States. Colonialism is no longer the common enemy. Apartheid is dead. One recurring message in chat forums on the topic is that just getting people together to celebrate Africa Day is proving more difficult than it did for Africa’s liberation leaders back in the mid-twentieth century. African citizens on average need a visa to travel to more than 50% of nations across the continent. This makes travelling in Africa significantly easier for Americans, Brits and various other non-African nationalities than it does for the majority of Africans. If we go back to the original message behind Africa Day, celebrating diversity and unity are both still massively relevant, and in an ideal world, it’ll become easier to do so physically by removing the barriers between nations. Progress is coming and slow steps are being made towards visa-free movement across the continent.

In the meantime, perhaps one of the reasons video footage for the Africa Day site hasn’t been updated is because Africa’s people are united in their day-to-day lives. People are communicating cross-continent all the time, if not physically, then certainly virtually, via free internet mobile apps and online chat forums. The African leaders didn’t have those at their fingertips 50 years ago. Perhaps by focusing on what is available, what is working, people connecting in whichever way they can, more of the same will follow. Certainly, whatever the truth in this, the AU needs to work out how best to rally countries, organisations and people around Agenda 2063, its aspirations and roadmaps for getting there. For now, however, its Africa Day, so crack open a Tusker, crank up We Come to Together, and let’s go get a groove on. Happy Africa Day. 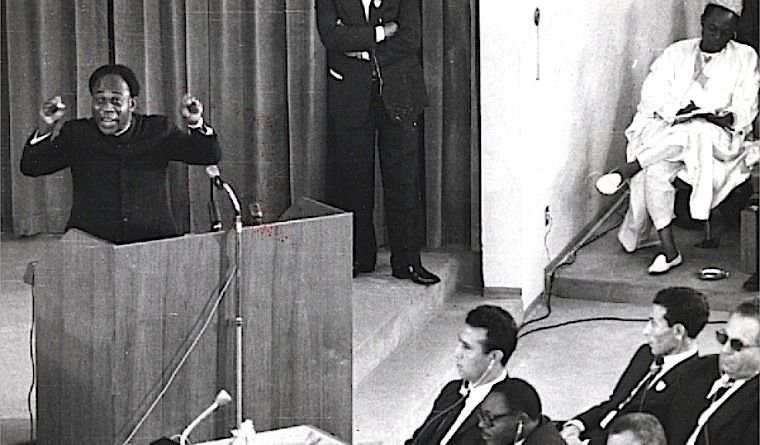