Happy new year to all! Well, at least to those who follow the Gregorian calendar, which for the most part we do.

In Ethiopia, however, the Ethiopian calendar is widely used. In fact, new year is actually on our 11th or 12th September and is closely associated with:

a) The approximate end of the rainy season

b) The return of the Queen of Sheba from her quest to visit King Solomon.

Nevertheless, I wanted to take the time to point you in the direction of our brochure, Experience, which is set out like a calendar (Gregorian), each part designed to highlight something we recommend at that time of year and, this month, January, signposting towards Northern Ethiopia; more specifically walking through Tigray. Briefly, it champions walking as being one of the best ways to get to know Ethiopia, and in particular the Ethiopia of the Northern Circuit.

Whilst combining the famous rock-hewn churches of Tigray with Gondar Castle and the festivals of Axum is a significant part of Walk Ethiopia, ‘Walking’, Will Jones tells us, in Experience, ‘is as much a journey into the self as it is through space and to see. It is more than just getting from one place to another.’

Indeed, one of the main draws of getting into the highlands is being completely off-grid, doing away with the temptation of mobile phones and laptops, getting back to basics and being left alone with your mind to wander – which, aside from being a time to explore and see things often missed in a helicopter or car, is as much a time for contemplation and the natural healing that takes place once we allow ourselves the time to rest.

The deep and dramatic scars in the landscape caused by the geological shifting of the rift valley tectonic plates, together with the still exiting millenia-old oxen / donkey transport systems, gives the impression of a stage and cast resembling something like that of the time of Abraham and Lot.

Lalibela, a small town in Northern Ethiopia, which is an important pilgrimage site for Christians all over the country is part of the experience. As previously shared, it was last visited by JbD in September, when Zuzana Galatova and Paul Herbertson went as part of a wide-ranging fact-finding tour. When Zuzana told me of her adventures there, I got the impression that it was somewhere difficult to just stand by, such is the extraordinary feel of the place.

‘It’s hard to be the kind of tourist that simply observes the ritual and tradition, because the experience is so involving. The energy is different from anywhere else we went and I felt as much pilgrim as many of the others that we saw in deep contemplative prayer. There was something very spiritually engaging.’

You don’t have to be ‘spiritual’ to know that you are in a special place. All you need to do is walk there and when you leave, that deep feeling of spiritual peace comes with you. Indeed, if I may be so bold, then I recommend you go. It’s wonderful. 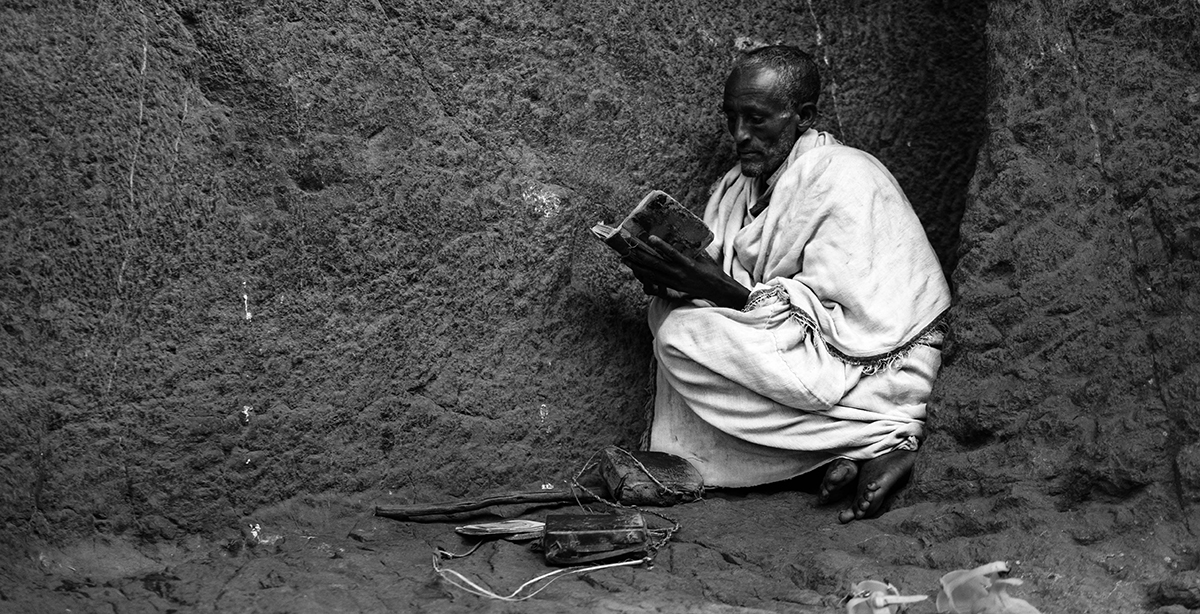