You may have seen images or footage of  ‘the greatest migration on earth’, when 1.5 million wildbeest and 200,000 zebra chase the rains from the Ngorongoro crater, Southwest of Serengeti National Park, to the Maasai Mara in Southern Kenya. You may even have been lucky enough to have seen it in person. Spectacular though it is, it is by no means the only migration and so thought I’d take the chance to showcase some of the others. Let’s dive in.

Burchall’s Zebra
First of all to the lengthiest land migration in the world. In 2014, ecologists discovered a herd of 30,000 Burchell’s zebra – the southern sub-species with a faded grey stripe in between each black one – that migrates from Namibia to the Makgadikgadi salt pans each year. It was discovered completely by accident by the scientists, who were radio collaring them for research (a technique that allows scientists to monitor spatial patterns of mammal species). What’s interesting is that they were found to be similar alternative wet-season areas much closer to dry-season area, but which were ignored by the zebras who continue to use traditional routes thought to have been carved by their ancestors.

Research has shown that many migratory mammals stick to the same paths down to the last metre. Certainly, you may have heard of cases elephants trampling straight through building developments or other ungulates scaling fully erected walls instead of going around. There is evidence to suggest these traditional paths may in some cases even be routed in the genes of these animals.

Fruit bats of Kasanka
Next up is the migration involving most individual mammals on earth. Bats. Each year for about three months of the year, no less than 10 million straw-coloured fruit bats fly into Kasanka National Park – that’s more than the human population of New York City. The arrival coincides with the rains and ripening of fruit that the bats feed on and has been estimated that during the three months, around 330,000 tonnes of fruit are consumed – about the same weight as 55,000 fully grown African elephants.

Painted Lady Butterfly
A migration mystery was solved in 2012 when that of the painted lady butterfly was finally discovered. Painted lady butterflies have always been known to migrate from mainland Europe to the UK each summer, but never understood where they went after and was widely believed that they just gave birth and died. It’s recently been discovered that they actually travel to and from Africa across as many as six generations, hence the difficulty and time spent revealing this complex mystery.

Southern Africa’s Whales
Whales are the great travellers of the oceans and each winter Southern Right Whale and Humpback whale pods migrate from Antarctica to the warmer waters of the Southern African coast for mating and calving. It’s one of the lengthiest migrations on earth. The warmer waters helps protect the calves from orcas (killer whales), their natural predators. Whale breaching is a majestic site and can be viewed from helicopter, boat or the land of the Mozambique coast.

The flamingos of Lake Nakuru
Lake Nakuru lies at an elevation of 1754m above sea level. It is one of the rift valley soda lakes, which means it is high in alkalinity. Despite these sorts of lake being named as some of the most harsh and inhospitable aquatic environments in the world, in many cases they support thriving ecosystems. In the case of Lake Nakuru, a certain type of algae that can only survive high alkaline conditions, is one such thriving organism. Each year this brings in lesser and greater flamingos to the rift valley in their millions, which feed on the vast quantities of algae (Spirulina platensis) and actually give the flamingos their pink pigment. It has been called the most beautiful migration on earth by many an expert.

Why am I talking about this? Studying migration feeds much more than our curiosity. Working out why migrations like this happen is of great value from a conservation perspective: if we know their routes, we can plan which areas are in most need of protection. Due to a number of factors, including habitat degradation and fragmentation, there has been a significant decline in migratory species globally and perhaps if we know what causes them to cease, we’ll be in a better position to how to conserve the species that they concern. 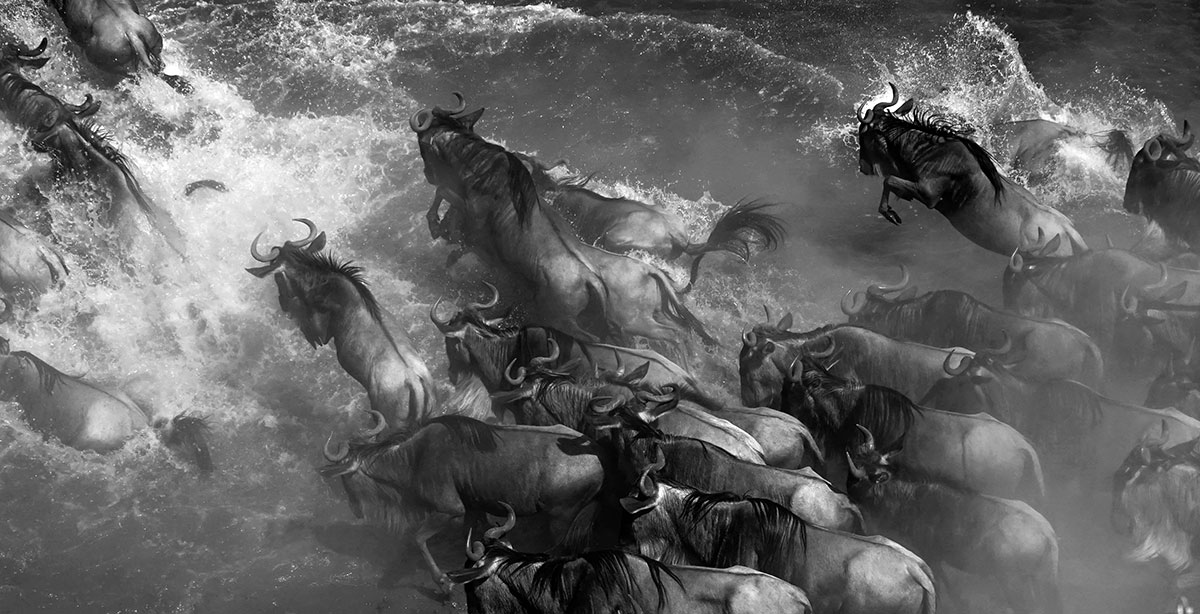