‘We Samburu believe we are God’s chosen people – one of the lost tribes of Israel’, Robert Lemaiyan, our guide shouts back to us as we slow down for our scout to remove a particularly menacing-looking Acacia tortillis branch – a species of tree that makes hawthorn look like a cosy blanket – from the middle of the dusty track our jeep was easing its way along. ‘That is why the Samburu often go cattle-raiding into Laikipia country. They believe that all the cattle belong to us and other tribes are looking after it until we take them back.’

Together with members of Wild Philanthropy’s first conservation journey in Kenya, Robert and I were on our way to visit a village, where we were asked not to take photos. ‘The Samburu are a superstitious people. Some of them believe that photos will take some of their soul. You and I believe that this is not the case, but if something bad happens within the tribe after a photo is taken, you may be blamed for it.’

The doors in the outer fence, which are difficult enough to get through even while open, each represent a different married woman in the village – interestingly, each of whom could be married to the same man. Then there’s the dogs, ever prowling and whose gutsy braver-than-brave attitude have apparently seen off hyaenas, jackals and leopards in the past. All the livestock of each family – goats, hens, cows, camels – are put into a separate boma and each family has their own house, made up of intricately weaved branches that would no doubt draw the eyes of even the finest of English thatchers.

Walking past one such entrance, we encountered a child of about two years old. He took one look at us and, to the sound of whoops and delighted laughter from the other villagers, burst into tears. ‘He’s never seen a white person before’, Robert told us. I’ve been told that our earliest memories are normally of being mildly traumatised. I still remember hiding under a rug from my Dad who for some reason was dressed as a tiger. I wonder if that little boy will remember us years from now.

We were lucky enough to be invited into one of the houses and I got the impression that Robert, whose rank was ‘warrior’ – one away from elder – was well respected in the area and people were happy to oblige these kinds of requests for him. I thought the houses looked rather small from the outside. From the inside however they carried the strange illusion of being much bigger. It was a clean and cosy, three-room thatch, with an entrance area, a kitchen, a ‘honeymoon suite’ and family room.

‘In Samburu culture men can have more than one wife’, Robert told me. ‘If the husband spends the night with a different wife, the wife whose house this is would sleep with the rest of the family. If the husband wanted to sleep here tonight, he would put his spear in the ground next to the entrance of the house so the woman knows his intention and they’ll sleep in the separate room.’

I saw a fire in the corner. It was tended by the woman who had invited us in. Nothing was cooking. Robert sensed my bemusement. ‘Have you noticed there aren’t any flies? Flies bring disease, but the smoke will stop them coming. The ventilation in the sides make sure there is enough air. They have to be looked after to stop them burning the house down because it’s so dry at the moment.’

Upon leaving, I remember feeling conflicted: cattle raiding and polygamy doesn’t exactly fall into my own moral code, but I’m sure there are many things from British culture that wouldn’t fall into theirs. Robert reminded me of the famous African proverb: ‘It takes a village to raise a child’. If a parent dies, the village will look after the child. If a husband dies, the woman is looked after and she can even have children with other men to carry on the late husband’s lineage. One person’s salary won’t just soak through to that person’s family, but to the entire community.

It was an amazing and instructive experience. My travel companion to the village who was a guest of Wild Philanthropy later described this as one of the most interesting parts of the journey and I’d have to agree. Even if the 2-year-old doesn’t remember us, I know I’ll remember him and his village for some time yet – and this without the aid of a single photograph. 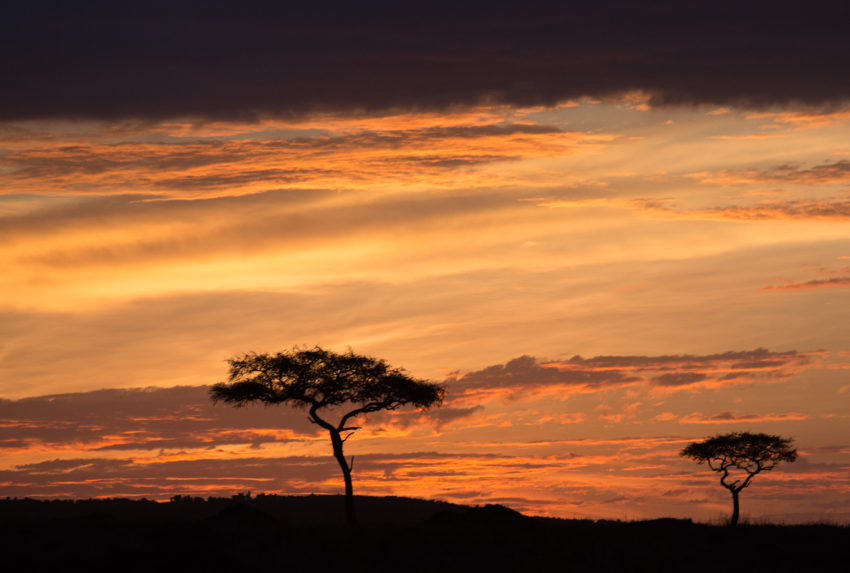