In among all things Easter holidays, I’ve finally had a moment to properly catch up with Chris Tinkler, who recently got back from his first trip to Ethiopia.

Having lived and worked in the bush for 12 years, in South Africa, Kenya and Tanzania, Chris’s area is very much wildlife, so I was especially interested to hear what he had to say about Ethiopia, which is known primarily for the experience it offers the visitor by way of people and culture. As he says, like anyone who hasn’t been there, Chris’s idea of Ethiopia will have been informed by the news, the papers, and by any books he may have picked up on the way.

Offering much in terms of variety, Chris’s trip took him on a fact finding tour from Addis Ababa to Tigray in the north to the Omo and finishing at Bale Mountains. Of this, three absolute highlights: visiting the rock churches of Tigray; the sheer and undressed reality of the Omo; and a rare lion spot in the Bale Mountains. Each is quite different, but each, as you shall see, is linked by a single thread: they were experiences that left Chris amazed, in the truest sense of the word.

Chris visited three of Tigray’s churches, but Abune Abraham (Debre Tsion) he especially remembers, and I love his take on it. ‘I wasn’t expecting to be so moved by the experience of entering the church. It was cool and dark. I’d never felt such an overwhelming sense of peace.’ Chris describes ‘feeling untouchable, on top of the world’, and says that the hour and a half in the church was mostly spent ‘in reflection.’

Of the Omo, Chris’s travels had him rare witness at Demi, a Dassanech circumcision rite, visit villages (bereft of his camera), and have a couple of Mursi women spend half an hour examining his nose and ears, their conclusion being that they were ‘hard like rocks.’ As Chris says, he has spent good time in villages southern and eastern Africa, but nothing could have prepared him for a world that, in many respects, ‘hasn’t changed in thousands of years.’ You visit here on nobody’s terms but those of your hosts and the environment that is their home. ‘Even the birdlife,’ says Chris, ‘was amazing. I saw six Pel’s fishing owls. Before the Omo, I’d only ever seen one.’

Finally, while Chris clearly loved spending time among the Ethiopian wolf, of which he saw 17 in one day, including pups, and witnessed their hunting of giant mole rats, he was blown away by the excitement generated by a night time lion spot, an adult pair with their four cubs. It wasn’t, he says, so much the lions in and of themselves, but rather the fact that this was the first time in a year that they had been seen, that it’s so rare to see lion in this sort of a habitat, and that nobody knows much about them: ‘There’s been so little research. Nobody knows where they come from. Nobody knows where they go. They’re a mystery lion.’

There’s so much more to share, but time is short. Do get in touch with Chris if there’s anything more you’d like to know. As he says, if you think you know the world, think again: go to Ethiopia. It really is that special. 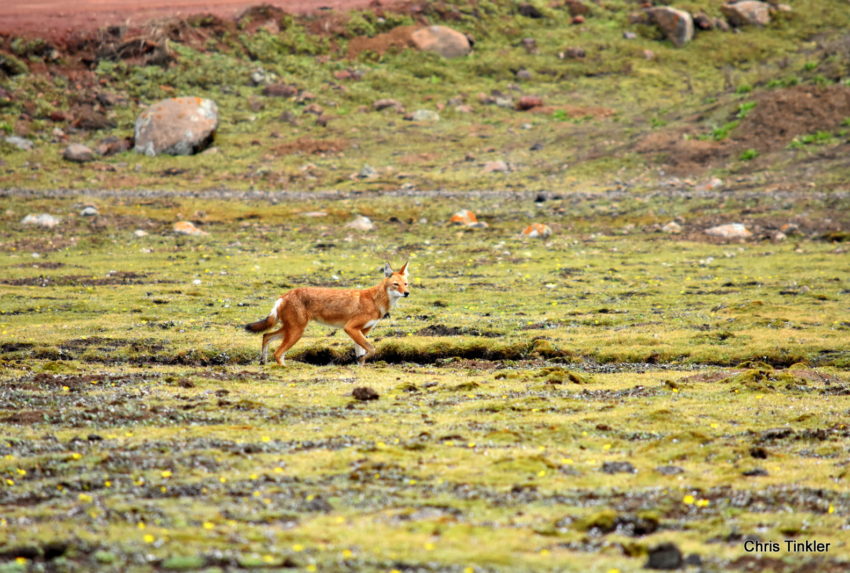