I was both intrigued and delighted to learn that Liz Biden and Royal Portfolio are set to open their first property outside of South Africa – in Gorongosa National Park, in Mozambique.

For those of you new to the product, Royal grew out of a decision to turn a family home into Royal Malewane, with Biden overseeing both look and feel. Twenty years later, the portfolio includes Birkenhead House, La Residence, and The Silo. While each a ground-breaking destination in its own right, it is The Silo that seems to have captured the modern imagination, the combining of a world-class hotel with a world-class art gallery an absolute game changer. It has helped transform the way we think about the hotel.

Against this, the opening of ‘a luxury game lodge experience’ in Gorongosa might feel relatively mainstream. On the contrary: anything that falls under Biden’s design eye is never mainstream. More than this, however, is the fact that Royal are exploring an area once described by the biologist and naturalist Edward Wilson as ‘ecologically the most diverse park in the world’, and which has been the ongoing subject of the extraordinary Gorongosa Restoration Project, the result of a now 21-year conservation partnership between the Carr Foundation and the Mozambique government.

The park has a rich and varied history. Home to a range of eco-systems, it was originally a 1920s hunting reserve, which was enlarged in 1935 to protect resident nyala antelope and black rhino. In 1960, it was made a national park, its wealth of fauna and flora a magnet for the rich and the famous, so much so that at its height it was more popular than the Kruger. An abandoned camp was periodically occupied by resident lions; nicknamed Casa dos Leões, it only added to the park’s allure.

Unfortunately, while Gorongosa escaped the first two decades of Mozambique’s long and drawn out civil wars, the park was decimated in the 1980s, its infrastructure destroyed, its fauna hunted for bushmeat, its elephant ivory traded for guns. In just nine years, 95% of the park’s wildlife was wiped out. In 1992, there were just six lion, 15 buffalo, and 100 hippo left. Even today, 32% of younger female elephant remain tuskless. (A genetic trait that normally occurs in 2-4% of female elephant, being tuskless was a distinct advantage during the civil war, and affects 51% of the park’s older females.) Until 1994, Gorongosa was a killing field.

Thankfully, those days are over. Building on conservation work initiated in 1994, the Gorongosa Restoration Project’s the perfect example of private philanthropy partnering with government and local community, its human development and sustainable development departments spearheading an approach that pays enormous attention to human rights, education, career opportunity, and the successful balance of tradition and progress. The result: a project almost entirely staffed by Mozambicans, of which 85% are local; a 100% onsite masters programme (a world first); a tenfold increase in wildlife numbers since 2008; and perhaps most tellingly, a count of zero snares for 2018.

All of which goes some way to explaining Royal Portfolio’s move. The park already has a large camp in Chitengo, which has largely – during the decades of recovery – provided the park’s many visiting scientists with accommodation, and which is just beginning to welcome the numbers of tourists it once hosted in its heyday. However, there is certainly room for a different kind of camp, one that would better generate funds and support for the project’s work. In Biden and Royal, Gorongosa has chosen extremely well.

Royal Gorongosa opens for business in 2020. For more information, please get in touch with Hannah Rayner or one of our other destination experts. 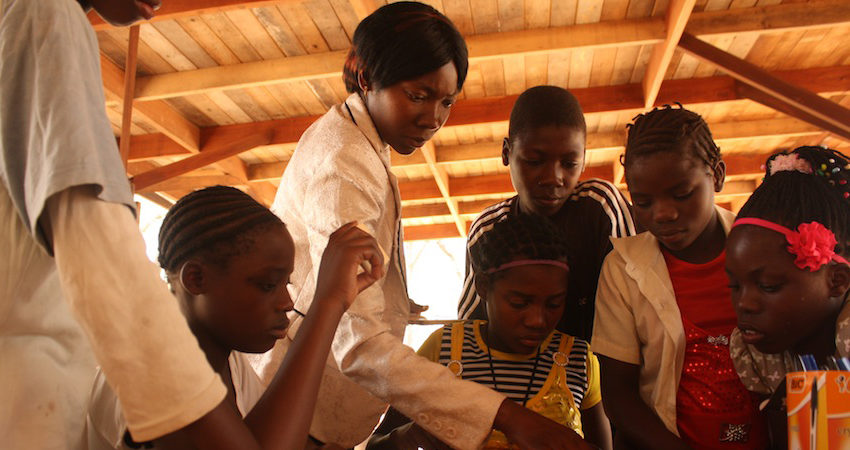