Victoria Falls was, until the advent of David Livingstone, always known – in a number of languages – as The Smoke That Thunders. In Zambia, it still is, and it is in both names that one begins to get an idea of the sheer immensity (in every respect) of this extraordinary waterfall. 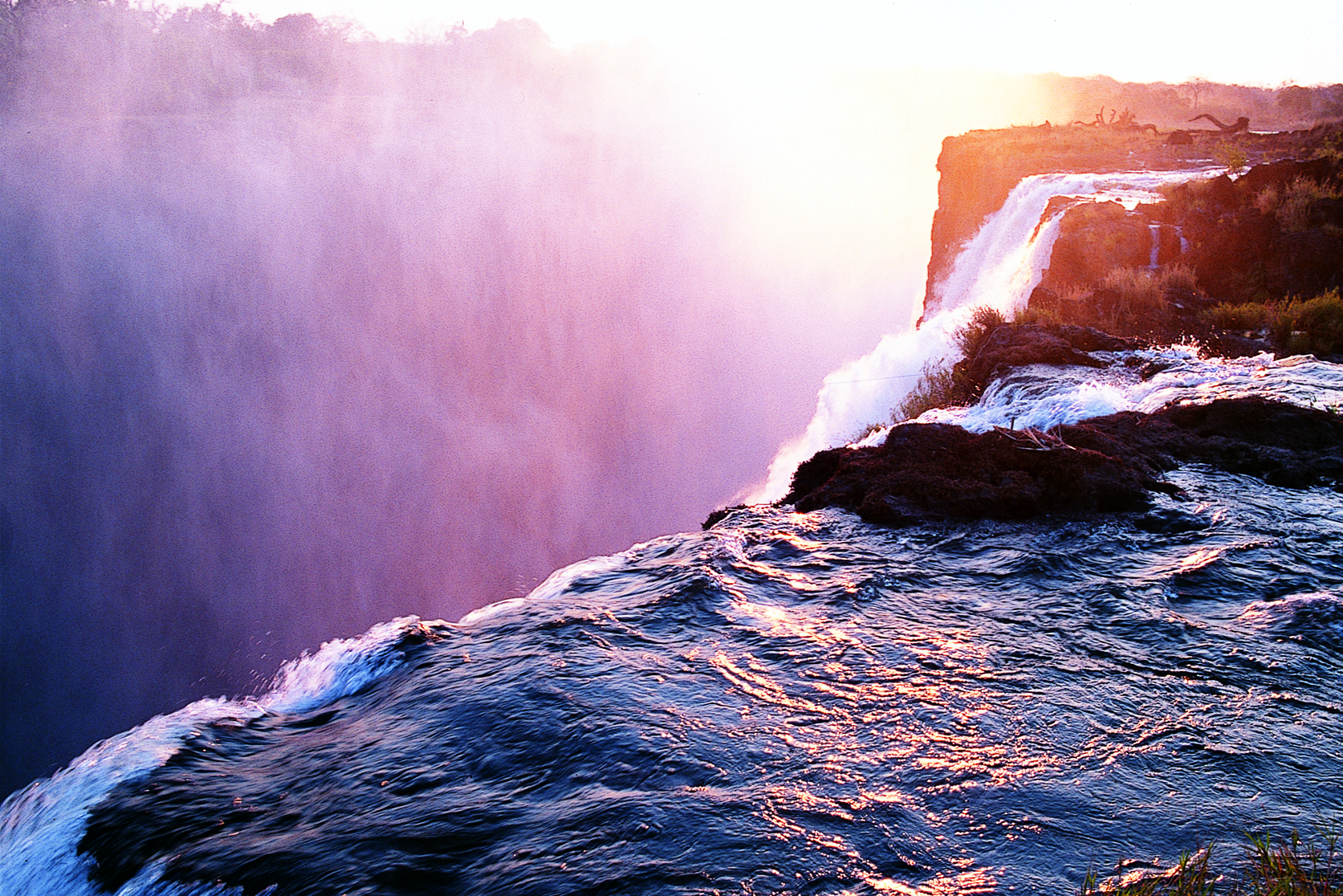 The Smoke That Thunders suits perfectly a waterfall that is both deafening, and, during the wet season, obscured by great clouds of spray and mist. Such is the quantity of water that passes over its crest, and such is the height it falls, that the plunge pool appears to boil, and the water appears to defy gravity, and rain upwards.

David Livingstone paid his queen the highest compliment by naming the falls after her. However, he was, in a sense, doing the same for the falls. In 1855, when Livingston first set eyes upon the waterfall, Queen Victoria was the most powerful being on earth. For some, she was a living deity. The further away one was from London, the less human she seemed. Livingston, for whom the falls were so beautiful they ‘must have been gazed upon by angels in their flight’, would have believed them the work of god, and in appropriating them in the name of Victoria, he was underlining their magnificence. 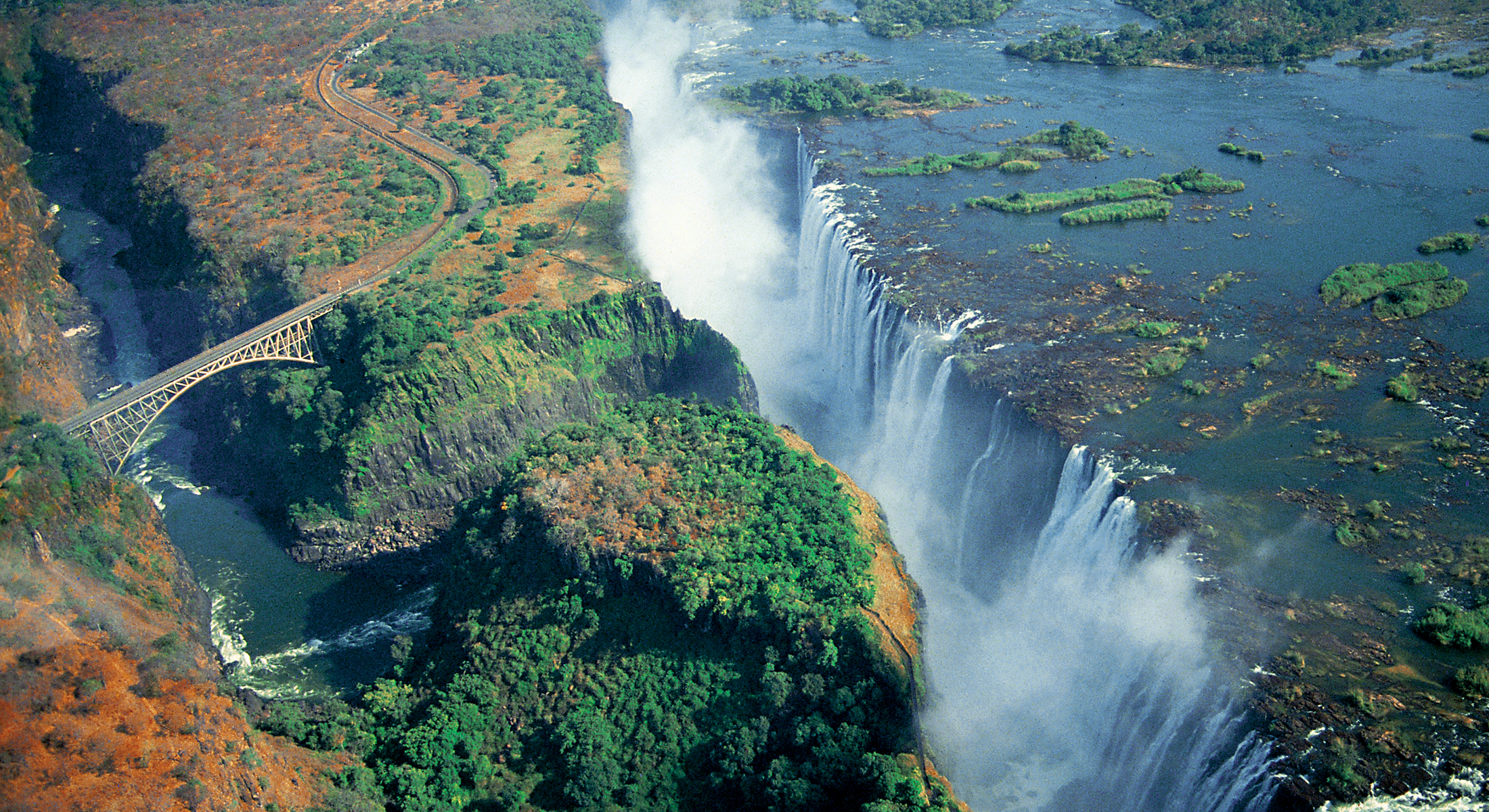 During the dry season, tree-lined islands appear on the crest, and, with them, the most privileged picnickers ever. If taking lunch on the lip of a one hundred and eight metre drop fails to heighten the senses, then there is Devil’s Swimming Pool, a natural pool whose downstream wall backs onto the crest. Here daredevil swimmers can get within a few feet of the waterfall’s edge – an experience (and add to this bungee jumping, abseiling, white water rafting and river boarding) sure to breathe new life into the wildest of travellers.

Not everyone, however, is a fan of being frightened. There are a many other activities – fishing, cruises, canoeing – to whet the more sedentary appetite: Livingstone Town is just round the corner; Mosi-oa-Tunya National Park – home to Zambia’s only example of white rhino, to elephant, buffalo and giraffe – is on its doorstep; and the wonderful Chobe National Park in Botswana is literally over the border.

Victoria Falls is heavily visited, and, at certain times of the year (holidays etc), even crowded, but this would be a poor excuse for striking it off one’s itinerary. 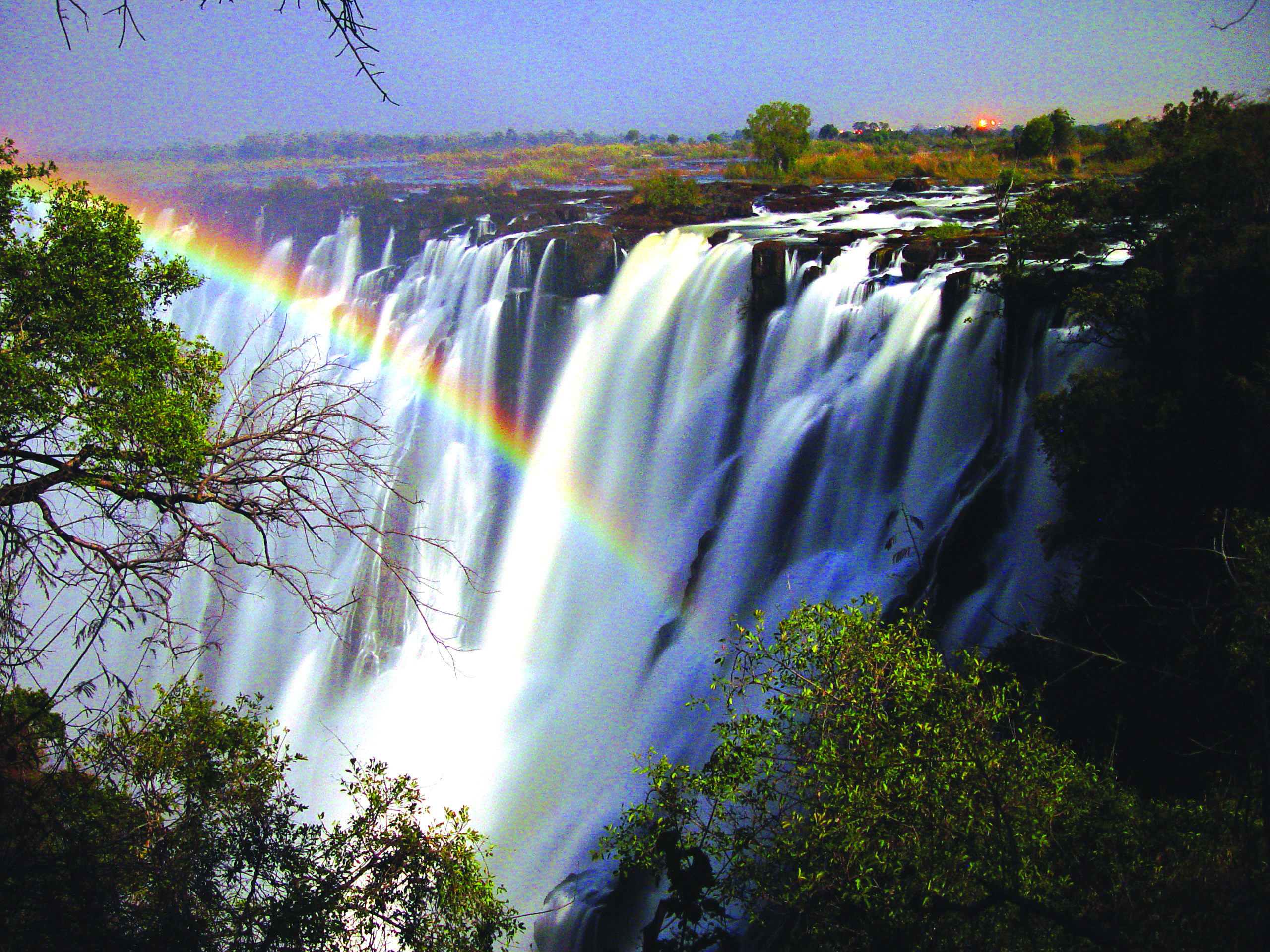 Largely comprising dense scrub of acacia and some very beautiful, enormous and old baobab trees, the park is home to a good number of large mammals and birds, including lion, elephant, buffalo, leopard, giraffe, eland, kudu, zebra, sable, waterbuck and impala. In addition to the wildlife viewing, Zambezi River contains over 75 species of fish and particularly famous for its the tiger fish and bream.

Whilst opinions vary about which side of the Victoria Falls is preferable – the Zimbabwe or Zambian side – Zambezi National Park is certainly a good reason to visit the former, particularly given some of the first-rate lodges in that area, which includes Mpala Jena and Matetsi River Lodge.

On which note, please see below for accommodation for both Victoria Falls and Zambezi National Park.

To find out more about Travel To Victoria Falls and to arrange your tailor-made trip, get in touch with us today.