Uganda is a landlocked country bordered in the north by Sudan, to the west by Kenya, in the south by Lake Victoria, Tanzania and Rwanda, and to the east by the Democratic Republic of the Congo. Located largely on an elevated basin situated between the eastern and western elements of the Great Rift Valley, it is a reasonably flat country, with mountain ranges found in the south-western and western borderlands, in the north-east and – in the form of Mt Elgon – near Kapchorwa, on the Kenyan border.

Situated on the equator, a quarter of the country is permanently covered by water, with lakes Victoria, Kyoga and Albert being the country’s largest standing sources. Save the semi-arid to arid areas in the north-east, one or two semi-arid to semi-humid rain shadow zones in the west and the semi-arid region east of Lake Edward, Uganda mainly experiences a wet-dry tropical climate, with the south-west forests becoming tropically moist. 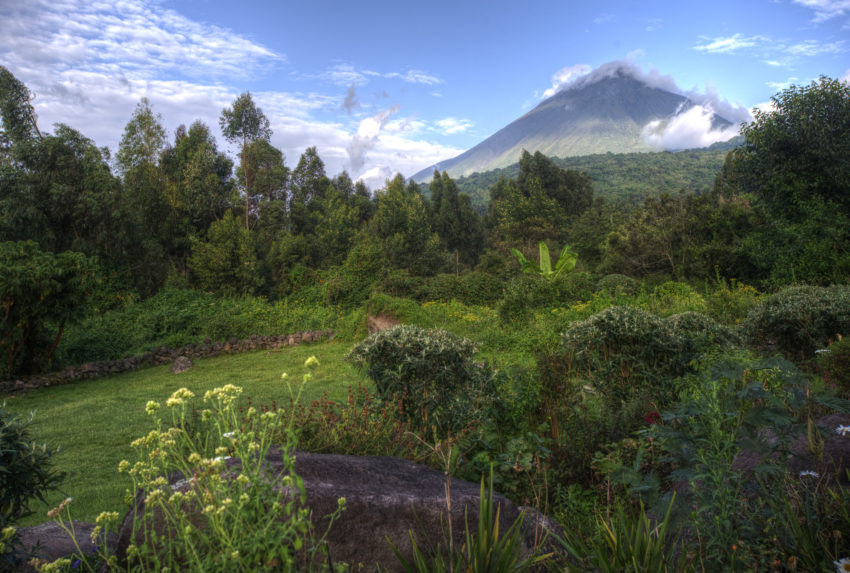 The climate in Uganda is controlled by the oscillating effects of the Inter-Tropical Convergence Zone (ITCZ), which sees the convergence of the rain bringing Atlantic westerlies and Indian Ocean easterlies and the dry north-east and south-east monsoon winds. Thus, in keeping with much of tropical Africa, Uganda experiences a wet season and a dry season, its precipitation pattern described as bimodal, the main or long rains arriving March – May, the short rains November – start of December.

The split in the wet season is explained by the ITCZ’s zonal and Meridianal Arms, the first of which moves west to east, passes over the Congo basin and supplies much of subtropical Africa with its main rain; the second, providing shorter and more variable rains, passes north-east to south-west. The ITCZ is northern hemisphere heavy, its oscillations less and less affected by the dry air masses that drive north-west through East Africa between June and August – which is why the pattern of precipitation changes in north Uganda, where it reverts to being unimodal, its wet season running from April to October. The overwhelmingly semi-humid to humid climate is further added to by more locally influenced air masses – or meso-scales – which help increase precipitation and decide diurnal patterns (see below).

Given its relatively humid climate, temperatures nationally are reasonably constant, ranging from a dry season maximum of 25°C to a wet season maximum of 31°C. Affected by altitude, position and the interplay between the ITCZ and meso-scales, the annual precipitation range is 400mm to 2200mm. A diagonal – south-west to north-east – zone known as the cattle corridor axis experiences between 400mm and 1000mm per annum, as does a section of the western flank of the western rift valley (Lake Albert), while the rest of the country receives upward of 1000mm, the Victoria basin, south-west and parts of central Uganda 1400mm plus.

The majority of our destinations are located either in the Lake Victoria basin (Entebbe, Kampala, Lake Mburo) or in the western border lands (Bwindi, Queen Elizabeth, Kibale, Rwenzori, Murchinson Falls and Semliki). With the exception of south Kibale, Queen Elizabeth and Lake Mburo, they all experience very good to excellent levels of precipitation, the likes of Kampala, Entebbe, Bwindi, the Rwenzori Mountains, north Kibale and the Semliki watershed more a rainforest climate than the wet and dry seasonal climates characteristic of savannah biospheres. In the north-east, Kidepo National Park is Journey by Design’s driest destination. With just 650mm rain per year, although the actual variation is 300mm in poor years and 1000mm in fine.

Given this, and the fact that Uganda offers both a rainforest and savannah safari experience, best times for travel will depend on location and type. Generally speaking, the dry season (June – October and December – February) is the best time to visit for wildlife. At this time, in wet-dry tropical climatic zones, the cover is greatly reduced, seasonal water sources are either drying or entirely dried up and animals mass along riverfronts, lakesides and waterholes. And while the moister rainforest climates of Bwindi or the Kibale Forest experience rain throughout the year, trekking is easier during the drier months, the roads clearer, the primates easier to spot. In the north-east, in the Kidepo Valley, which annually experiences a single wet season, the best time to visit is November through March.

Finally, it’s worth knowing that – as a result of the stable diurnal rhythms of the Lake Victoria basin mesa-scales – rain in the south generally occurs between 4 and 9 o’clock in the morning, while inland and in the highlands it usually rains at between 3 and 5 o’clock in the afternoon.