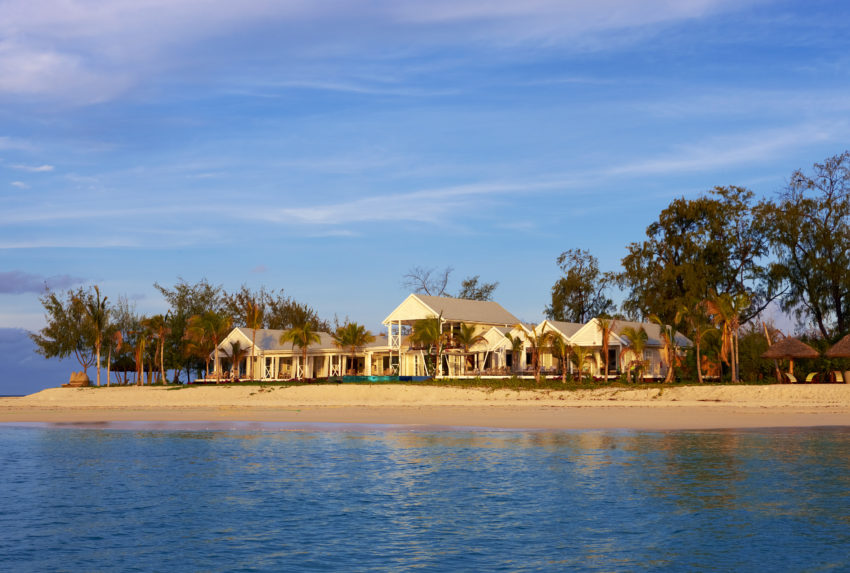 Opened in August 2016 after a decade of planning, Thanda sits 30km east of the mainland of Tanzania, opposite the Rufiji River Delta. Accessible by helicopter or boat, it is – as the name suggests – an entire island, consisting of a single villa alongside two Tanzanian bandas. 1.1km of private beach welcomes guests, and the island also boasts a tennis court, spa, swimming pool, gazebo and air conditioned gym.

As to be expected, the food and service are outstanding. In a particularly fine demonstration of the island’s meticulous approach, Executive Head Chef Melissa McDonald will contact guests ahead of their visit to discuss both the menu and potential specific dietary requirements or allergies; ensuring that the food is cooked to guests’ tastes before they’ve even arrived.
The menu usually entails ocean-fresh fish and seafood, alongside a mix of beef, poultry, seasonal vegetables and tropical fruits. We particularly recommend trying the Thanda Island Pizza – which guests make together with the chefs – and the Swahili Feast, a fitting tribute to the wonders of East African cuisine.

The glass rim swimming pool dominates the villa’s exterior, the white of the building beautifully complimenting the pool’s modern sophistication and blue deckchairs. The owners, Finnish entrepreneurs Christin and Dan Olofsson, had a strong say in the design, and their obvious care and deliberation shines through. As a result, the bedrooms are an extravagant affair, with four-poster beds, wooden furniture, comfortable soft chairs and hanging lights. Using both the villa and bandas, the island can host up to 28 guests. The island also has Wi-Fi access. 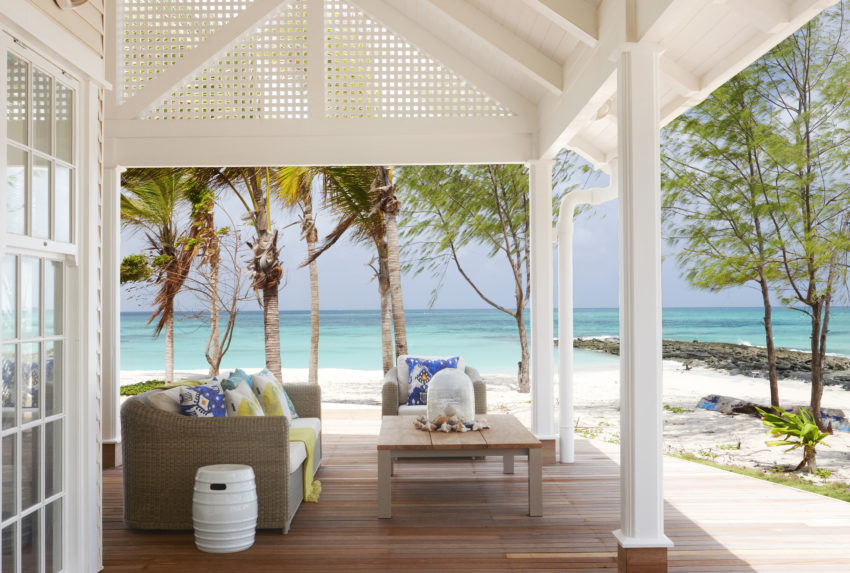 Alongside use of the beach, gym spa and tennis court (which also doubles as a volleyball court), we thoroughly advise trying the Thanda Island Egret Walk, which takes guests across the island, on a dedicated trail, to visit the native white, grey and black Egrets. Water sports and trips include snorkelling, scuba diving, turtle sightings and swimming with whale sharks.

Conservation
Thanda Island, leased by Thanda Tanzania Limited, is committed to the conservation of the region’s sea turtles, dugongs, dolphins and whale sharks, as well as the preservation and rehabilitation of the Shungimbili coral reef.

Thanda Island is situated within the Shungimbili Island Marine Reserve, and Thanda’s team is partnering with the Tanzanian Marine Parks and the leading NGO, Sea Sense, on a range of marine conservation and education programmes in the region. These include research and conservation projects on the sea turtles, dugongs, dolphins, whale sharks, coral reefs and marine reserves.

To meet the low-carbon footprint requirements of today’s earth-conscious traveller, Thanda Island is powered by solar energy, while rainwater tanks maximise water storage and use of this precious natural resource. An on-site desalination plant provides water for the entire Island, whilst grey water is recycled for the rehabilitation of the Island’s vegetation.

Community
The closest community village on Mafia Island is Ras Mbisi, 8 nautical miles from Thanda Island, and the island is committed to the education of young people concerning sustainable resource utilisation and fish harvesting, as well as education in marine conservation and the development of healthy sporting activities, such as football. Thanda also recently provided sponsorship to the local hospital for the purchase of much-needed medical supplies.

TO FIND OUT MORE ABOUT THANDA ISLAND AND TO ARRANGE YOUR TAILOR-MADE TRIP, GET IN TOUCH WITH US TODAY.