In the local Tswana language, Makanyane is the word for African wild dog, a species on the World Wildlife Fund’s endangered list but one which has been successfully re-established in Madikwe, a beautiful 75,000 hectare game reserve (South Africa’s 2nd largest), which is also home to lion, leopard, elephant, buffalo, rhino and cheetah.

Set between river and open plain, a 3 ½ hour drive from Johannesburg on the border with Botswana, the charming and welcoming Makanyane Safari Lodge is an unfenced open camp (so wildlife can wander through at any time, and they do!) which sits on 1,800 hectares of malaria-free, private terrain within the greater reserve. 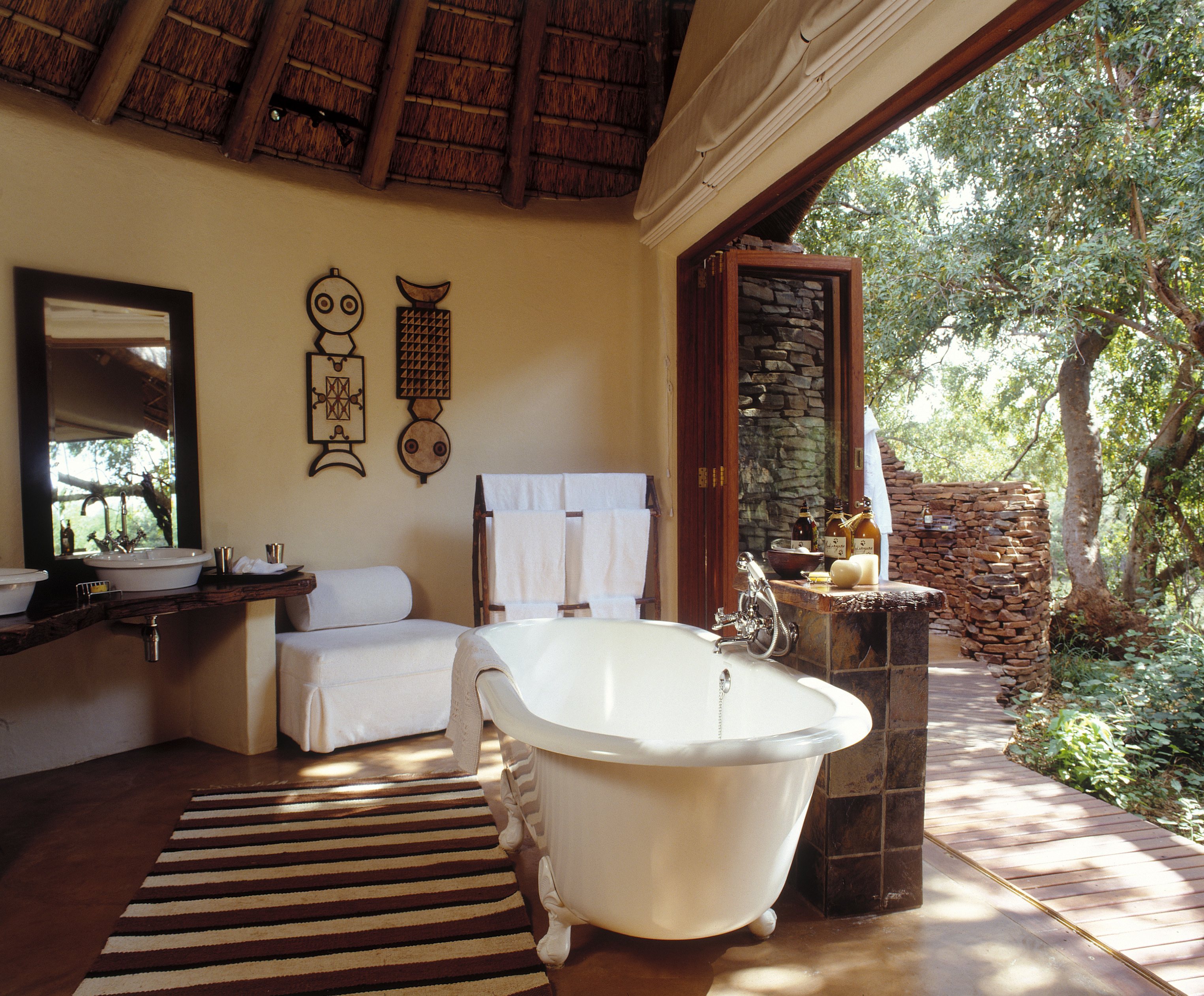 Designed to blend smoothly with the surroundings, Makanyane consists of 8 suites hidden in the riverine forest, all attractively designed with a blend of natural rock, thatch and teak. The glass-walled bedrooms (with glass on 3 sides) are of particular note, allowing uninterrupted views of the bush and beyond. The suites also feature an open-fronted lounge area with fireplace, private sundeck, bathrooms (with the added luxury of under-floor heating) and a choice of indoor or alfresco bathing.

Wildlife viewing takes place on foot or in 4×4 vehicles (with some nice additional touches, such as a shot of Amarula in your early morning coffee), and there are a couple of rustic hides located within Makanyane’s borders – one near a drinking waterhole, another overlooking the vast plains. Popular with guests is a private sleep-out on the secured, upper deck of a hide, deep in the bushveld. The lodge also boasts a small gym and bush spa; massages are possible on your private deck.

To find out more about Makanyane Lodge and to arrange your tailor-made trip, get in touch with us today.