Though São Tomé and Príncipe can be visited throughout the year, for most purposes the optimal time for a visit is during the dryer season, called gravana, between June and September inclusive – though ‘dryer’ is used advisedly, since the shift is barely discernible in the wetter, densely forested and mountainous inland regions of the two larger eponymous islands. The rainy season runs from October to May. Journeys by Design currently offers itineraries including both islands and the opportunity to explore the surrounding islets by small boat. 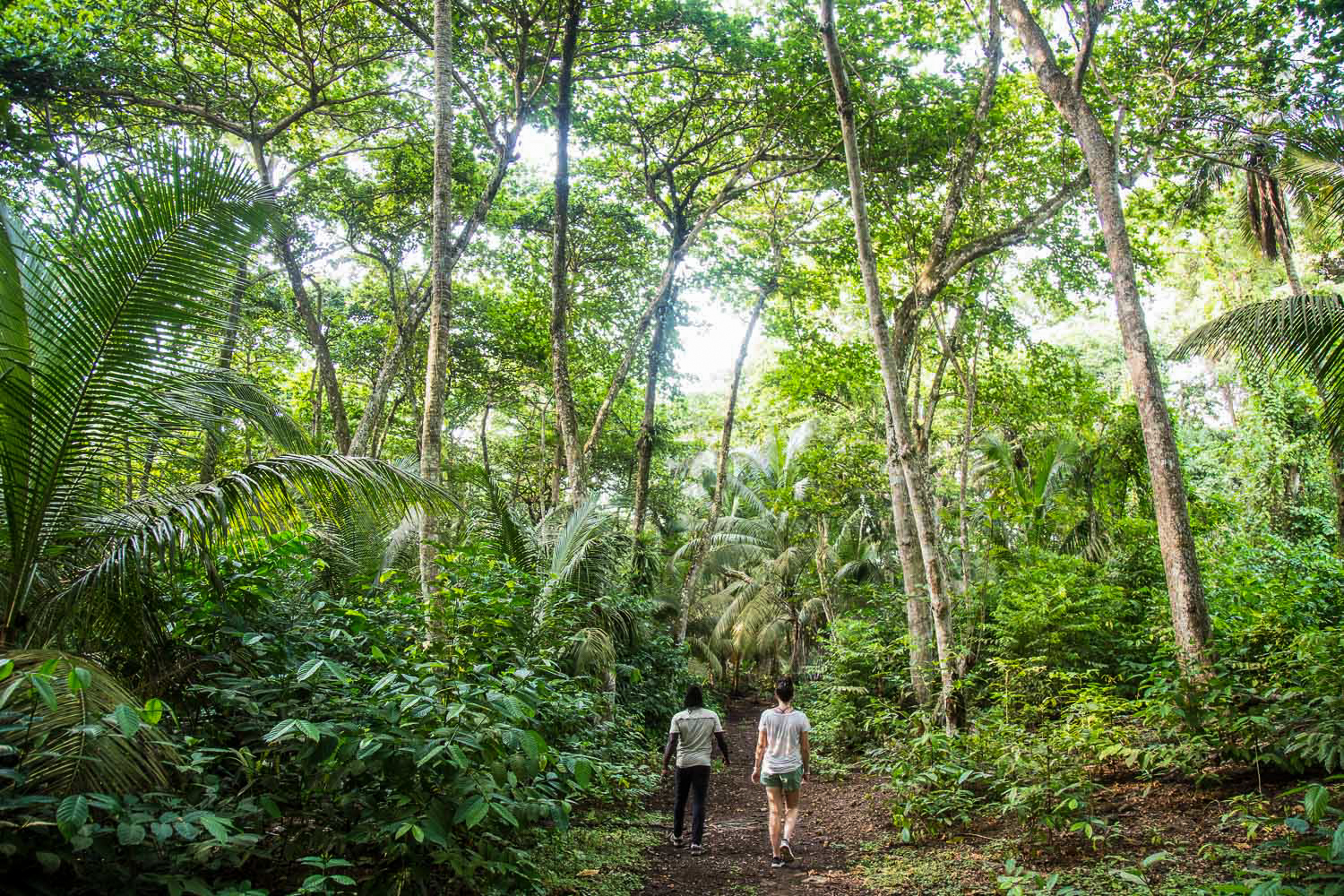 Comprising two main islands and the archipelagos of which they are part, São Tomé and Príncipe is located in the Gulf of Guinea off the western equatorial coast of Central Africa between latitudes .19 and 1.36 (São Tomé is virtually on the equator), approximately 150 miles west and north-west of the Gabonese capital city of Libreville.

Both larger islands are volcanic, though no activity has been recorded in recent centuries, and very mountainous; the smaller ones surrounding them are essentially rocky islets. São Tomé’s highest point is the top of Pico de São Tomé at 6,640 feet, Príncipe’s Pico de Príncipe’s 3,107 feet, with the mountains giving way to small plains in the northeast of both islands. Around 90% of both São Tomé and Príncipe are forested.

As you would expect given the close proximity to the equator, the climate in São Tomé and Príncipe is tropical, but the dramatic topography creates a range of microclimates across both main islands. While the prevailing winds are moist southwesterlies, they are intercepted by the central mountains and annual rainfall is therefore approximately 5,000mm per annum to the southwest and less than 760mm in the northeast. The average temperature in coastal areas is quite high, with an average of approximately 27 °C but occasionally reaching 32 °C or even slightly higher, and humidity sits in at around 80%. Temperatures decline sharply at higher altitudes.

São Tomé and Príncipe can be visited all year round, with the June-September dry season probably optimal for most purposes. Still, within the larger seasonal patterns, there are multiple variables to consider. Orchid-spotters will be best served by a visit December-May, for instance, and conditions for photography peak November-February with blue skies and high contrasts. Journeys by Design São Tomé and Príncipe itineraries are available year-round.