Príncipe is the second largest of the islands that constitute the nation of São Tomé and Príncipe and is located off the western equatorial coast of Gabon approximately 150 miles north-west of Libreville. Part of the Cameroon Line archipelago, Príncipe rises to its highest point of 3,000 feet at the top of Pico do Príncipe and has a total area of only approximately 55 square miles, all of which has since 2012 been included – along with some of the neighbouring smaller islands – within in the UNESCO Island of Príncipe Biosphere Reserve. 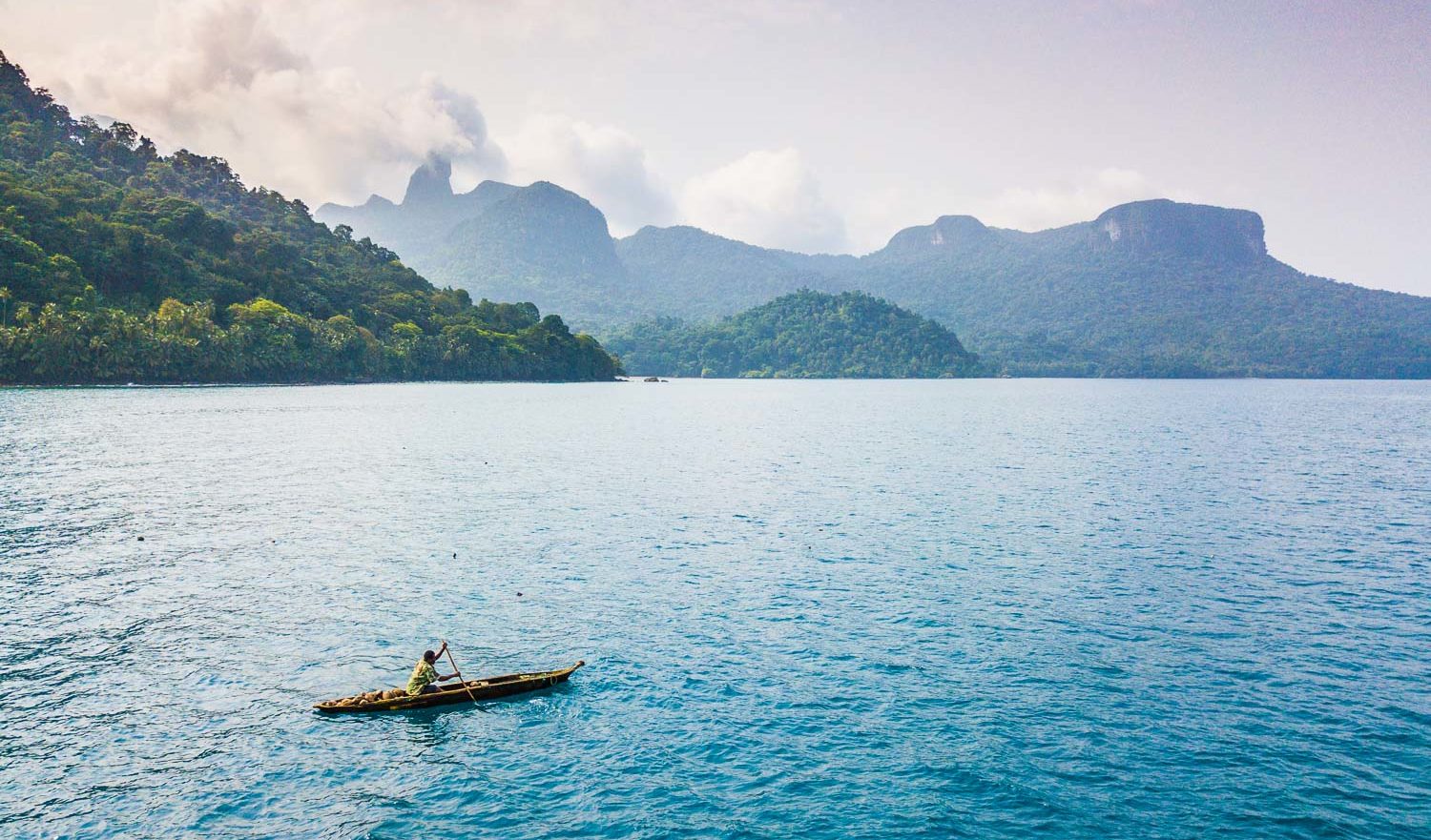 A heavily eroded volcano thought to be over three million years old, Príncipe is sparsely populated and especially mountainous and densely forested to the south. As was the case across both archipelagos, the island was uninhabited until its discovery in 1471 by the Portuguese, who founded the settlement of Santo António here in 1502. In subsequent years, numerous plantations were founded across the central and northern parts, worked by slaves, and producing principally sugar and – moving into the nineteenth century – cocoa.

The island’s history, then, is not without a troubled past. The days when it played a role in the slave trade are centuries gone, however, and since achieving independence in 1975 Príncipe and the small island nation of which it is a part have been a stable if not wealthy semi-presidential democracy. Signs of progress made is to be found in the fact that most of the plantation land has since reverted to forest.

As is suggested by its UNESCO Bioreserve status, Príncipe and the islands surrounding it are biodiverse in the extreme, especially in the Parque Natural Obô do Príncipe in the south, established in 2006. The numerous endemic bird species here include the Príncipe kingfisher, seedeater, starling and sunbird, Dohrn’s thrush-babbler, and also to be found on and around the island are the palm forest tree frog and the West African mud turtle.

Reached by boat or plane via São Tomé International Airport, and best explored by foot, road or small boat, Príncipe not only has much to offer the lover of nature but also a unique and fascinating culture flowing from its combined African and European heritage – with the cuisine especially noteworthy.

To find out more about travel to Príncipe and to arrange your tailor-made trip, get in touch