Karima, and its lovely Nubian Rest House, puts within very easy reach a wealth of historical sites known collectively as Napata. Napata was at the southern end of Egyptian power during the Old Kingdom and later became the centre of the second Nubian kingdom. 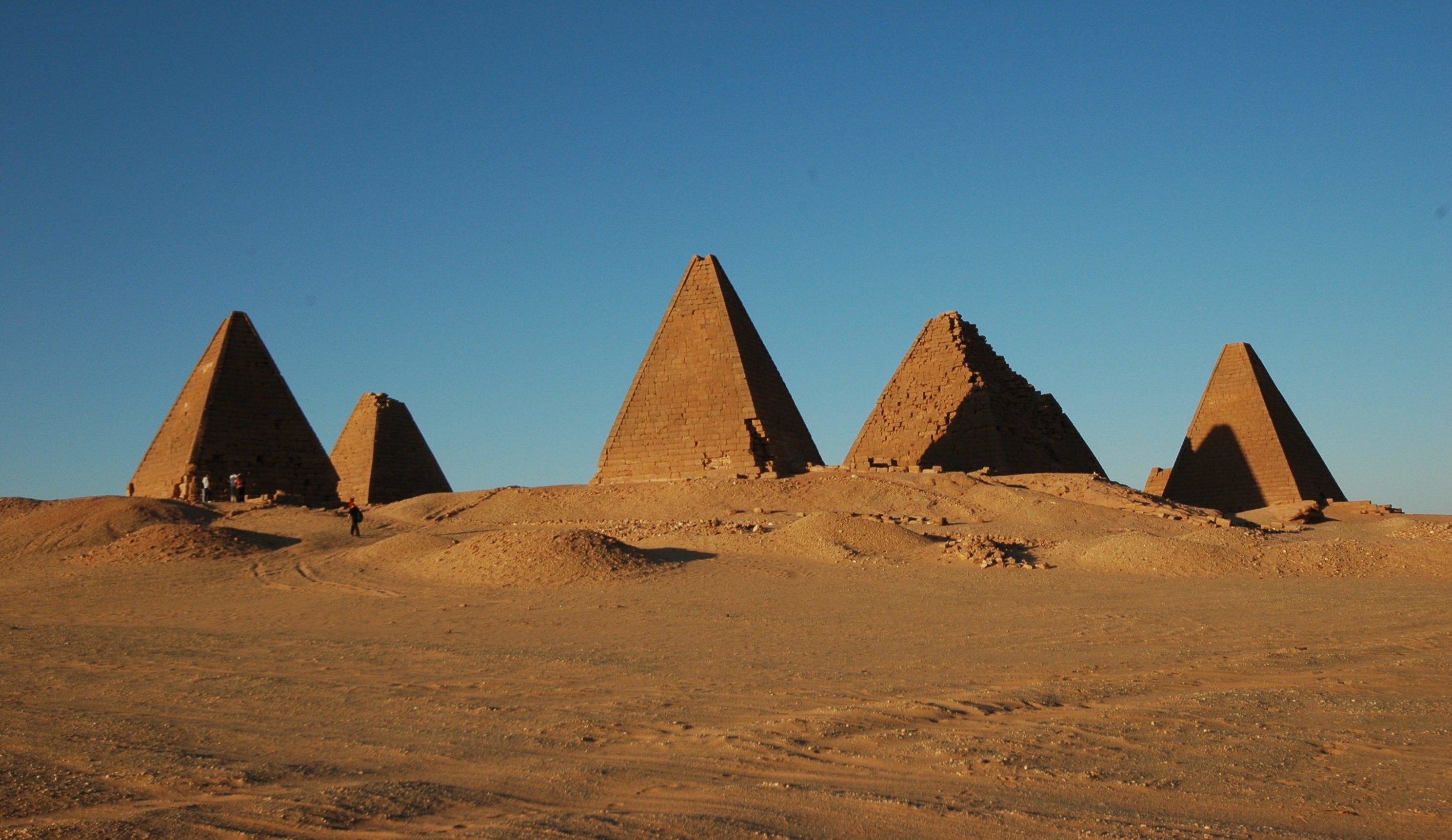 Egypt regained, in the 15th century BC, the control of Nubia that it had lost in the 21st century BC. Pharaoh Thutmose III then built a temple to the powerful god Amun at Napata, partly to confirm his own authority. He built it alongside the red sandstone mountain, Jebel Barkal, the holy mountain that the ancient Egyptians and Nubians alike believed was the god’s home that can be seen from miles in the open desert around Karima.

With the passing of another five centuries Egypt once again had to turn to the north to deal this time with an Assyrian invasion. The Nubians took advantage, claiming independence. They made Napata the centre of their second kingdom and Nubian strength grew to the point that in the 8th century the Nubian king Piye (or Pihanky) invaded a weakened Egypt.

His son Taharqa, the most powerful and the most well-known of the Nubian kings, became the pharaoh of the largest Egyptian empire since the New Kingdom. This brought a period of renaissance, restoring Ancient Egyptian religious traditions, temples and artistic forms, while maintaining unique aspects of Nubian culture, all of which can be seen in Napata. 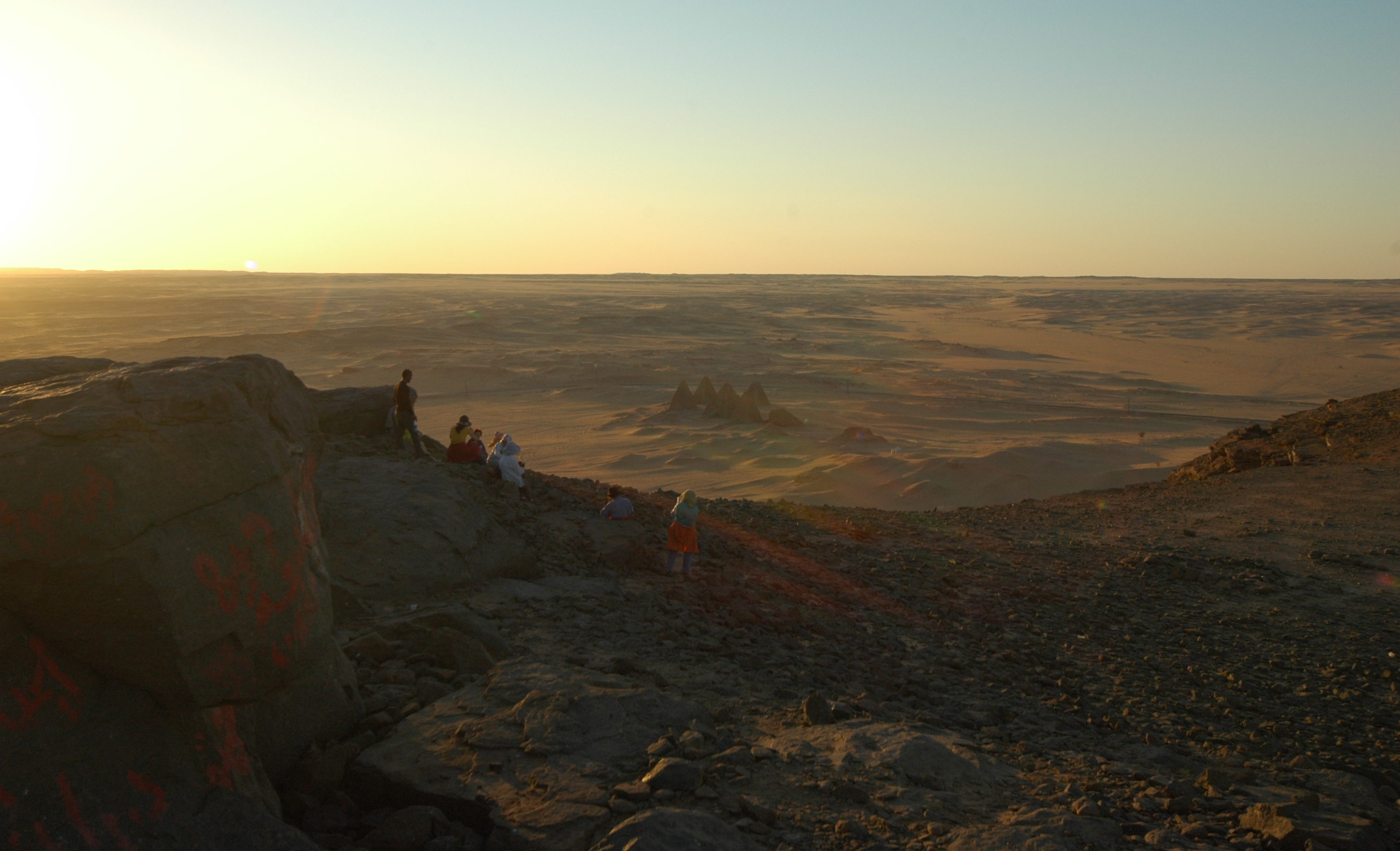 Taharqa built the Temple of Mut to the bride of the god Amun at the foot of a sandstone pinnacle, vaguely resembling a cobra, standing at one end of Jebel Barkal. The interior of the underground temple, which may have been a place for pregnant royalty to establish the godly credentials of their offspring, is decorated in magnificent style. The paintings here and elsewhere in tombs appear to almost be painted with a template cast in Egypt.

A little to the west of Jebel Barkal is yet another group of some 20 Pyramids. They are surprisingly intact and make a great view from the top of the mountain.

The Nuri pyramids, built in the 7th century on the other side of the river from Karima, are older than those at Meroe and Jebel Barkal and show signs of their age. Taharqa lost Egypt to the Assyrians, retreated to Napata and was buried here, in the largest pyramid. This broke with the tradition of burying kings downstream at El Kurru.

The El Kurru royal cemetery is a fifteen minute drive downstream from Karima and an archaeologist’s pleasure, but well worth the trouble of getting there for those with a more casual interest. Two tombs can be visited, both down a flight of stairs cut through the rock and with amazingly clear artwork in the main chambers. A short detour to the fossilised forest outside the cemetery is also worth making.

The Nile steamers abandoned on the riverbank in Karima are a sad but intriguing sight that conjures optimistic images of taking coffee on a smart deck watching the river traffic go by rather than the real image of rotting wood and metal hulks.

Please note that we currently use Nubian Rest House for accommodation in this area.

To find out more about Travel To Karima and to arrange your tailor-made trip, get in touch with us today.