The climate of Madagascar varies considerably, both seasonally and spatially.

Dominated by the trade winds of the Indian Ocean – which originates in the Indian Ocean anticyclone, a high-pressure weather system that changes its location over the Ocean throughout the year – it is generally subjected to wet and warm season from November to April and a dry and cooler season from May to October. Even so, there may be heavy showers in the dry season and sunny days in the wet. The coolest month on the island is June around the winter solstice and the warmest month is December.

During the wet season, the island is subject to cyclones, particularly in February and March. Despite clear wet and dry seasons, there is great variation between the climate in different regions, which can largely be attributed to island’s altitudinal and latitudinal variation, as well as to varying exposure to the abovementioned trade winds. 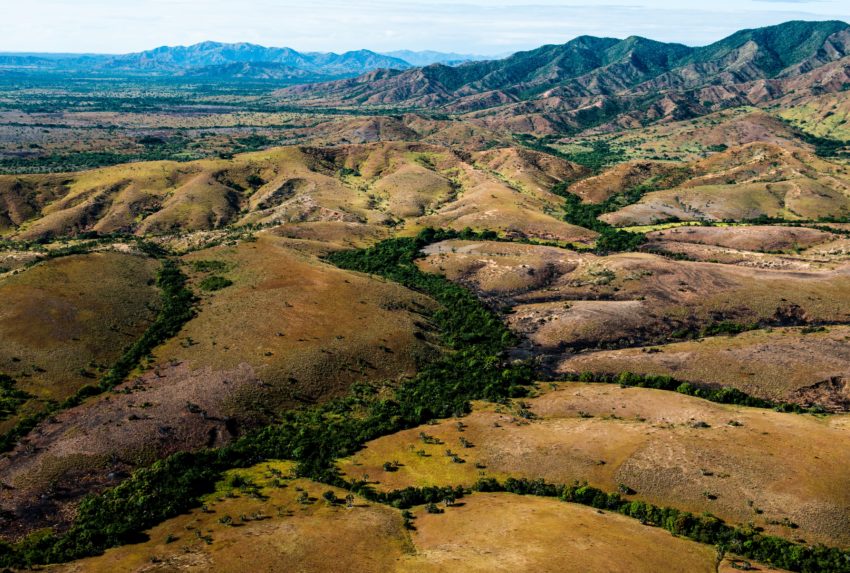 In East Madagascar, most of the moisture carried by the trade winds of the Indian ocean are deposited on the stretch of mountains that span down the east-central side of the island, giving the east a tropical humid climate subject to varying amounts of rain all year round, and more exposed during cyclone season. The rainfall reaches up to 400 cm in some places, the amount depending on the elevation of the area, direction of slope on hillsides, and their proximity to the coast. Temperatures typical of the east are 24oC in the winter months and 30oC in the summer months.

By the time the trade winds from the north east have reached West Madagascar, most of the moisture has been deposited over the areas of high elevation in the east. Given the equatorial climate nearer the north, the west becomes drier the further south you go. Maralinga for example, which is on the northwest part of the island receives around 140cm of rainfall per year. Morondava – much further south – receives 60cm per year. Day time temperatures in the west are between 30-35C throughout the year with some cooler nights in the winter months.

Given its location at the bottom of the island, the southwest is sheltered from the trade winds by the central-east highlands, and is consequently the driest part of Madagascar. It’s possible for a year to pass with no rain at all. Day time temperatures range between 25-29oC, with some cool nights, particularly in the winter months from June to August.

The northern climate is similar to that of the east but varies within extremely short distances. This can be attributed to changes in elevation, which ranges from the highest peak on the island (2,876 m) to sea level. For example, Antsiranana receives about 95cm of rain during the wet season, while the Island of Nosy Be and surrounds receive 200cm. Daytime temperatures of the north typically reach 30oC throughout the year.

Most of the rain coming in from the east is deposited on the east side of the highest peaks on the island. This means the central areas of the island, which are high in elevation are drier and, given their altitude, cooler, to the point where occasionally hailstorms are seen. Snow sometimes falls at elevations of over 2,400m in the Ankaratra Massif in the centre of the island. During the rainy season, thunderstorms are common in the central highlands.