Another Journeys by Design favourite, Tassia is the sister lodge to Il Ngwesi, and is based in northern Kenya, in the Laikipia, on the Lekurukki Community Conservation Group Ranch. Tassia was rated by TIME magazine as one of the best 24 best kept secrets in the world.

Tassia sits along a finger of rock that protrudes from the base of the Laikipia plateau. Consisting of main shared area – dining, seating, bar and natural rock swimming pool – and 6 sleeping rooms, Tassia is a community owned and run lodge, and its roof designs are directly inspired by Masaai architecture found in northern Kenya.

The rooms are built mostly out of rock, and the roofs are rather unusually made from compacted earth and cement. In keeping with the spirit of the place, the room next to the dinning room is designed specifically with children in mind, and resembles a termite mound.

The food, designed by Antonia (who is working on her own cookbook!) and prepared by Geoffrey the chef, is quite simply a delight. The service is equally fine.

The rooms all have en-suite bathrooms and open to views off to the Northern Frontier district. 5 are double, and 1 is a twin. The beds are very comfortable, the furnishings well chosen, and the decor is African, Masaai, and follows the natural contours of the rock from which the rooms are built. 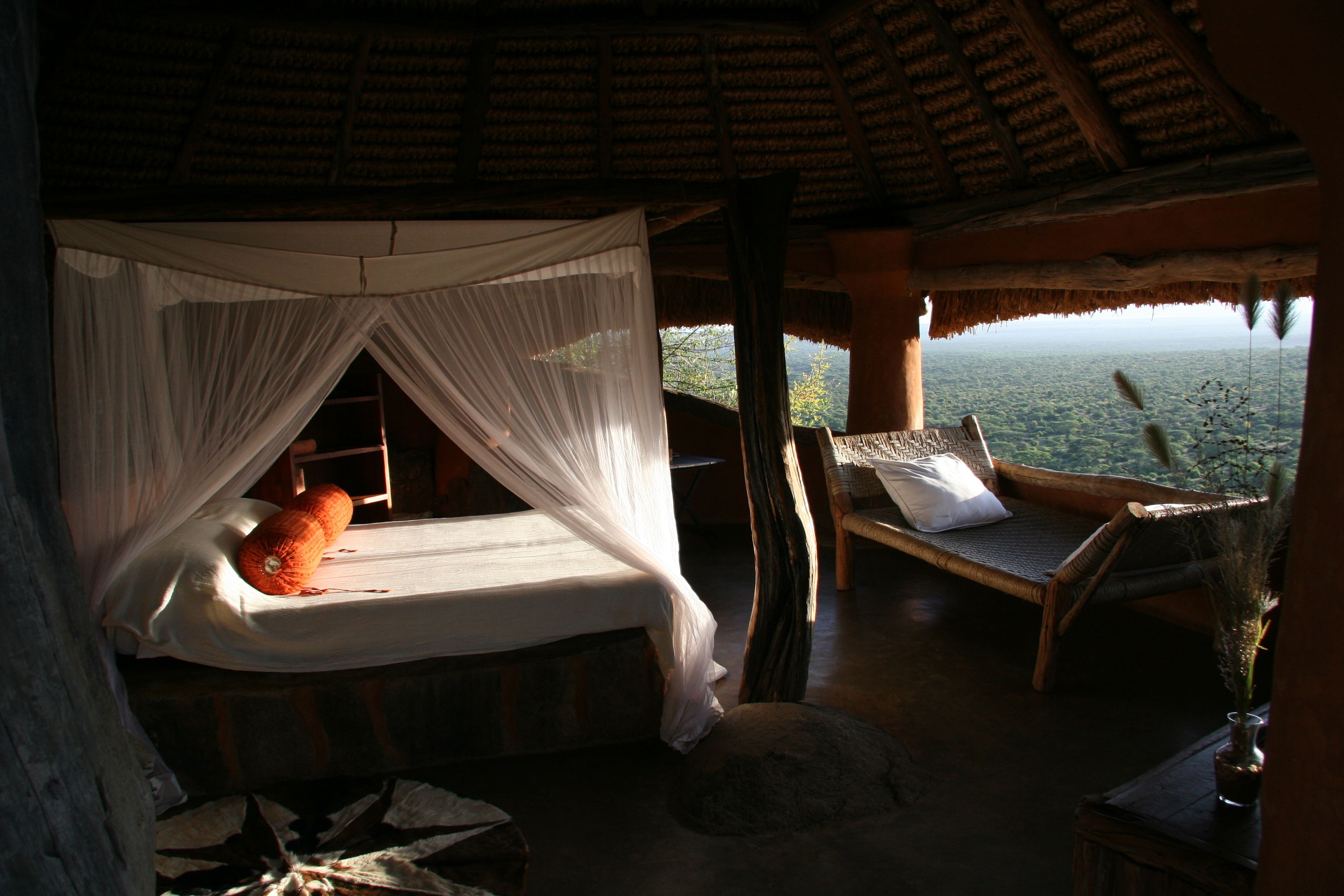 This is wild country. It is unlikely that guests will see another visitor for the duration of their stay. Activities at Tassia include night wildlife-drives, helicopter excursions, paragliding, forest walks, bird viewing, bush walks and trips to Il Ngwesi village.

Conservation
The lodge uses 100% solar power, and all the flat roofs are designed to collect rain water in tanks. All glass bottles are recycled by being crushed up; they are then used in the foundations of buildings such as a security headquarters and schools. There is no food wastage at the camp; any leftovers that can’t be used are given to chickens, resident Kudu and porcupine, or made into compost.

Community
In the 3 year partnership so far Martin and Antonia, through kind donations from guests, have built three pre-primary (nursery) schools. Martin, a falconer, has also set up a bird sanctuary, taking in injured birds of prey. He nurses them back to health, training and hunting with them until they are fit and healthy enough to be released back into the wild.

Buy a brick is a concept that Martin and Antonia have developed that enables guests and friends of Tassia to get directly involved with the development of infrastructure. The bricks are used to build water tanks, water troughs for the community and their livestock, as well as security buildings, outposts and schools.

The soil that is used to make the bricks comes from expanding natural wallows, which means that the project has a beneficial knock on effect on the environment, people and wildlife.

To find out more about Tassia Lodge and to arrange your tailor-made trip, get in touch with us today.