Chad is a large republic in north-central Africa, greater in size than South Africa but still largely unfamiliar to westerners. It comprises northern Saharan desert, a central Sahelian belt, and savannah in the south. It is also home to its namesake Lake Chad, the continent’s second largest wetland. Sometimes called ‘the dead heart of Africa’ on account of its landlocked central position, and generally arid conditions, Chad is in fact anything but dead, as those in the know will testify. 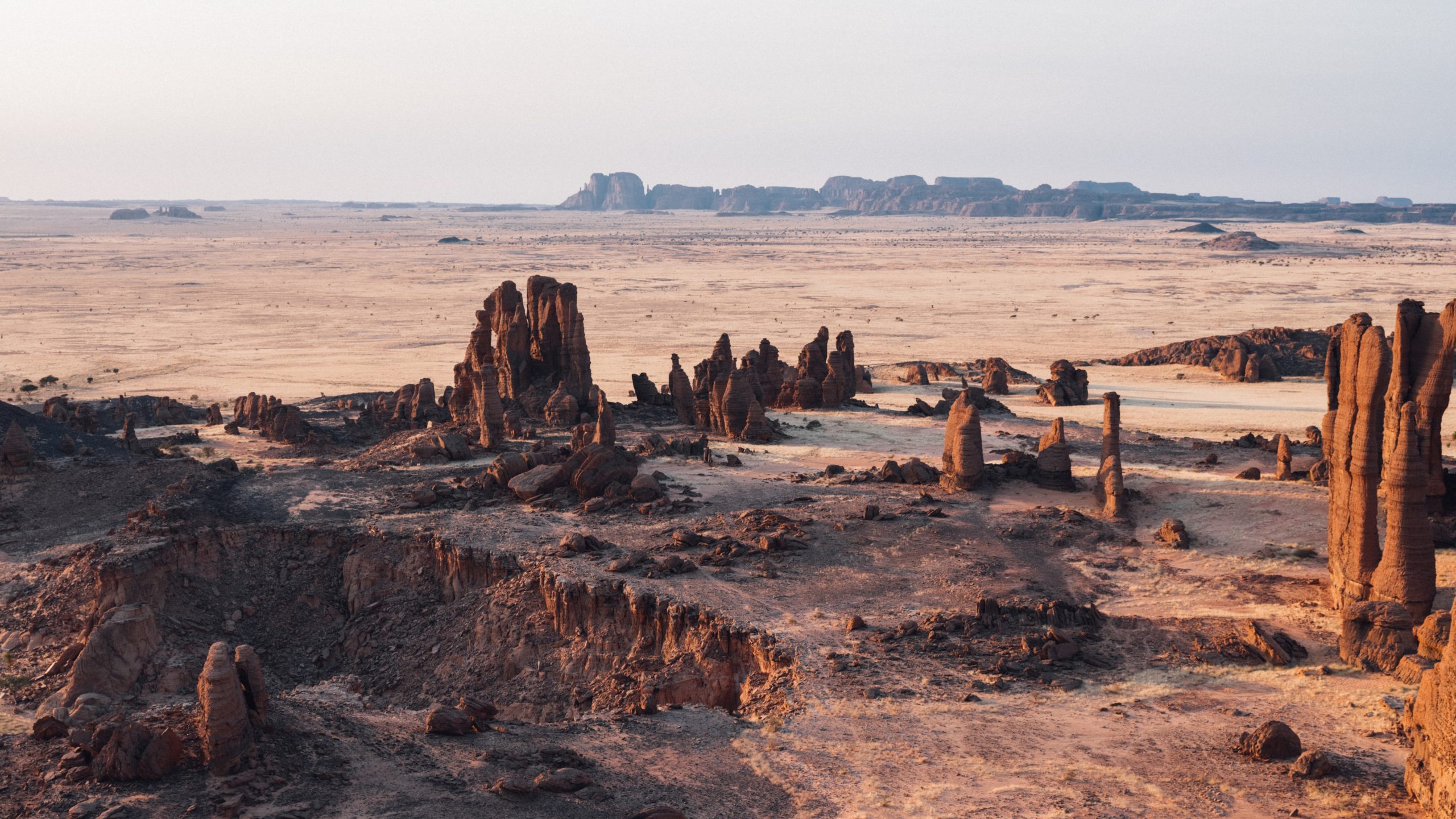 As evidenced by its prehistoric cave-paintings, the history of human habitation in the region stretches back millennia, with considerable numbers of people moving into the Chad basin from around 7000 BCE due to increasingly favourable ecological conditions in the north. Some of the African continent’s most important archaeological sites are to be found here, a number dating from before 2000 BCE, and over the centuries a series of significant empires – including the famous Kanem-Bornu – rose and fell here as they vied for control of the trans-Saharan trade-routes that cross the region.

But the turmoil that has characterized Chad’s more recent history, can be traced back not to indigenous empires, but rather to the colonizing interests of France, which in the early part of the twentieth century took control of the country and incorporated it into French Equatorial Africa. Independence came a few decades later, but by then French administrative neglect had taken its toll, and the remaining decades of the century were marked by ethnic tensions and civil war. These conflicts continue to destabilise the country, and it is to be hoped that the 2021 death in combat of President Idriss Deby will not precipitate further upheavals.

With that said, however, Chad has come on in great strides in recent years, and since it has been effectively off-limits for travel and tourism for decades will certainly be near the top of many Africa-aficionado’s wish-lists. The capital city N’Djamena, the only urban centre of any size here, is a vibrant and diverse hub that bustles with more than 200 ethnicities – which in many respects remain much more important markers of identity than Chadian citizenship.

Equally interesting are Chad’s two national parks, Ennedi and Zakouma, the former an extraordinary land of desert, rock, and ancient culture, the latter the country’s savannah, home to elephants, big cat, giraffe, and rhino, and upwards of 200 species of bird including the famously abundant quelea.

In sum, Chad is not for the faint of heart or the inexperienced. But for the seasoned traveller with a relatively high risk threshold, it offers a truly off-the-beaten-track experience and an opportunity to witness rarely-seen natural and cultural wonders in one of the most extreme landscapes on the planet.