The best time to visit the Central African Republic is winter, which is to say from December to February, when the seasonal parts of the country experience their dry season. This said, the rain-forested areas see far less variation in temperature, and a degree of less variation in rainfall. Journeys by Design offer trips to Dzanga Sangha Reserve in the southwest and Chinko Nature Reserve in the east. 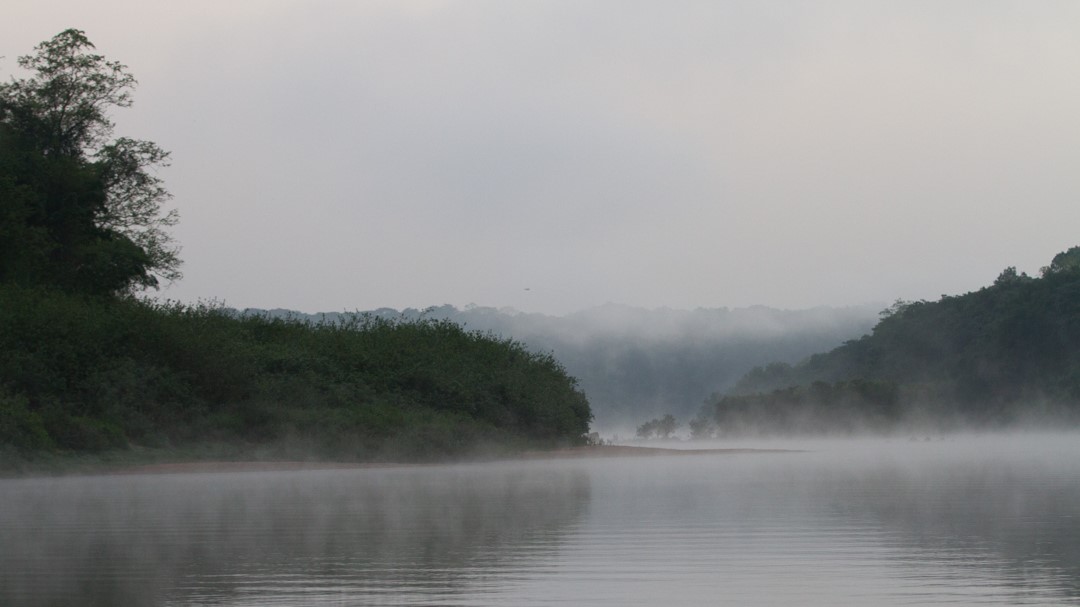 The Central African Republic is a landlocked nation, bordered by Chad to the north, Sudan to the east, to the south by Congo and the Democratic Republic of the Congo, and by Cameroon to the west. Most of country lies within the Ubangi River basin, the rest in that of the Char. Its average elevation range is 640 metres. The highest elevations are to be found to the far west, home to the cities of Bocaranga and Bouar, and where altitudes are around 1000 metres. At 1,374 metres, Mount Ngaoui in the Karre Mountains, on the border of Cameroon, is the country’s highest point.

The topography and climate of the Central African Republic result in three reasonably distinct vegetation zones. Just under 10% of the country is forested, with the majority of that area found in the rainforest in the south, where eco-diversity is predictably rich and notable species such as Ayous, Sapelli and Sipo are to be found. The savannah that makes up much of the rest of the landscape is a mix of the wooded and grassland variety. In much of the north the landscape is largely treeless and contains relatively sparse vegetation.

Located just north of the equator, the Central African Republic has a climate that is generally tropical and has two climatic seasons. Lasting most of the year in the southern rainforests, the rainy season in the south runs from May to October and from June to September in the north. The dry season, which is the best time to visit due to risks including flooding and malaria, runs December to February March, though in parts of the north it extends to most of the year.

Rainfall and temperature vary quite widely across CAR. To take rainfall first: the south receives around 178cm annually, with that dropping to approximately 86cm in parts of the northeast – where, it is worth noting, the northeasterly winds that bring the dry season, known as harmattan, can bring sand and dust clouds. Temperatures are similarly varied across areas and seasons. Capital city Bangui, in the southeast, has an average range of 21°C to 34°C, but during the hottest parts of the year in the north the temperature can rise much further, exceeding 40°C at times.

The best time for wildlife viewing would usually be the country’s dry season, so from December through to March. However, while less easy to spot, animal behaviour will change during the wet season, when the wildlife’s in better shape, when species tend to calve, and when the birdlife is prolific.

However, the picture’s a little more complicated in the case of CAR. While the above’s largely true of its savannah habitats, there’s much less seasonal variation in its rainforest habitats, meaning there’s much less change in animal behaviour. Studies on forest buffalo, for example, see little change across the year, except perhaps smaller herds and a wider distribution of individuals in the wet season. This said, food sources – fruit, for example – have a high and low season and can be unevenly distributed, resulting in changes in diet and activity in the likes of the western gorilla.