Due to open officially in February 2019, The Nest @ Sossus in Namibia is the brainchild of entrepreneur turned conservationist Swen Bachran. The award-winning design of The Nest @ Sossus is inspired by the nests of the social weaver bird and based on the concept of biomimicry. The lodge is one of very few completely private places, where guests can enjoy tailored experiences like exploring the area by helicopter.

Bachran has already transformed the Namib Tsaris Conservancy where the lodge is located, removing 120km worth of fencing and opening up wildlife corridors. He intends to reintroduce rhino and potentially re-seed the area. I talked to him about the inspiration behind the project, the challenges he faced, and his ambitious plans for the future.

We understand your father was a naturalist working in Namibia. How has this influenced you growing up?

I did say he was a naturalist, but I’d rather rephrase that. My father loved nature and its creations. He would go out into the wilderness in Namibia for weeks at a time prospecting for beautiful minerals. Growing up, my brother and I spent all our weekends and holidays camping in the middle of nowhere. He wouldn’t bring fancy camping equipment; we slept on bed rolls under the stars and just enjoyed the simple pleasure of living in the midst of nature. That definitely informed my love of nature – it’s my soul time, and I often refer to it as my god. My dad had followed his father’s footsteps…

What changes have you seen in conservation in Namibia from your childhood to now?

I didn’t come from a conservation background, but I always dreamt of buying land which was ideal habitat for giraffe and black rhino. The area in which I bought had a conservation footprint due to the impressive efforts of those involved in Namib-Rand, but I didn’t have conservation experience as such prior to purchasing the farms. The farm was meant to become a retreat for family and friends, with a token giraffe. In the first few weeks on the property, I realised that the land had been overgrazed by livestock and existing fences were harming wildlife. Predators had been completely eradicated as they were a threat to the traditional farmers livestock.  After finding several wild animals stuck in existing fences, I knew I had to take all of those fences down and open corridors for wildlife to roam freely through the landscape. Namib Rand is a good role model for the region, and evidence of successfully transforming largescale landscapes over the last few decades.

What inspired you to build The Nest @ Sossus? We are interested in the concept of biomimicry.

Porky Hefer and his wife Yelda came to camp on the farm with my ex-wife and I, before we had bought the land. They all have an aesthetic eye! Porky is an artist who was designing products, and he was already designing nests commissioned by the Blind Society in South Africa. These one-man nests can be found at Babylonstoren, Cape Town Company Gardens, etc.  On the camping trip, seeing the huge sociable weaver bird nests nestled in Acacia trees, we were inspired to create man-sized nests on the land. Porky returned to Cape Town and presented me with doodles  – I loved the concept.  These were originally small ‘love nests,’ but I was excited about the concept so we started looking for an architect and builder to pull it off.  It took us 3 years searching for the right team to collaborate on the project, as it was an unusual concept. – We could not bring an architect onboard, so we decided to run with it ourselves involving a structural engineer.  I have property development experience, so this certainly benefitted the project. I added my ideas which scaled the love nests up to a full-sized villa – Porky calls this the ‘Bachran Effect’. Below is an extract from Porky’s presentation at the time, a philosophy he believes in. I have learned from this and when spending time in nature, it quickly becomes logical and one is constantly inspired by your natural surroundings. Ultimately, in my opinion perfectionism is only achieved by nature.

Life has been performing design experiments on Earth’s R&D lab for 3.8 billion years. What’s flourishing on the planet today are the best ideas – those that perform well in context, economising on energy and materials.

Biomimicry (from bios, meaning life, and mimesis, meaning to imitate) is an ancient concept recently returning to scientific thought that examines nature, its models, systems, processes, and elements – an emulates or takes inspiration from them to solve human problems sustainably.

Nature builds to shape, because shape is cheap and material is expensive. By studying the shapes of nature’s strategies and how they are built, bio mimicry can help you minimise the amount you spend on materials while maximising the effectiveness of patterns and forms to achieve desired functions.

How did you form your friendship with the designer Porky Hefer?

We met at a dinner party about 12 years ago, kept in touch and became friends. I tend to gravitate towards creative people, but ultimately, I am an entrepreneur. So, these collaborations between creatives and myself are interesting, though they come with their challenges. Maybe Corpaci who came onboard for the interior of the Nest was a contributing editor and creative consultant to fashion and décor magazines at the time we met. Maybe spent many days living at the Nest, and made it her baby. Katinka Bester is a fashion photographer, but did a remarkable job with the architectural photographs which were taken on by Wall Paper. Everyone loved the Nest and got passionately involved…

What challenges did you face when building the lodge and what are your main challenges now?

The Nest was completely unconventional, so it was really difficult to execute practically. Had we known what we were getting ourselves into, we might not have even attempted the project. The logistics were really complicated, being out in the sticks. Educating builders about the unconventional design was a huge challenge. As there are no straight lines in the villa, many pieces had to be manufactured on site, with rudimentary equipment. We had many moments of reaching building fatigue. I had to see the venture through to the end as everyone had spent too much time on the project, so it was no longer financially viable for those involved. The challenges now are keeping baboons at bay, and understanding the movements of our resident leopard. Other than that, making it one of the best Villa experiences Namibia has to offer! Though this will be relatively easy given its uniqueness, in a scenically diverse environment.

You have helped remove 120km of fences. What are your plans to open the north border?

The North border is owned by someone who wanted to be part of the conservancy anyway, so those fences will definitely come down.  We are just finalising our conservancy agreements, shared objectives, and a long-term plan.

What are your plans for rhino reintroduction and re-seeding the area?

Rhino is one of the most expensive species to protect on the ground – it’s a huge responsibility. It means boots on the ground, technical monitoring, and policing amongst other things.  Rhino conservation is very close to my heart, and the conservancy is ideal rhino habitat.  However, introducing black rhino on the conservancy would require substantial philanthropic funding, as my personal resources are too scarce to support this.  In terms of re-seeding, I would like to commission someone to look at the viability of doing this on the ground, in this environment.  I’ve had various specialists with varying opinions, but this needs a more in-depth study with a project plan.  This is another thing I need to seek financing to support.  The Nest has only launched recently, so it is not yet generating the income necessary to support conservation efforts on the farm.

Who are you working with on regeneration? What further support do you need?

We are working with the neighbouring farmers to open up as many corridors as possible to support natural migration patterns and regeneration. I am spending all my personal funds supporting the conservancy, but we need to do low impact tourism in order to sustain the conservancy in perpetuity. If we want to look at specific research programs, at the moment we would need external funding to do it correctly. We have good signs that the ecology is starting to come into balance, but we cannot do extensive research for smaller projects without funding for the expertise required –  proper wildlife census, collaring of animals and monitoring thereof. Once The Nest @ Sossus, Sossus Under Canvas, and Base (two beautiful self-catering houses) are generating revenue, we will hopefully start to see decent income to support the conservancy, but we would still need external funding for specific conservation projects.

Are there still active farmlands on the periphery of the conservancy?

Until a few years ago, the farmers union was still holding meetings next door. However, after years of drought most of these farmers moved on. Thanks to 35 years of conservation work in Namib-Rand, the area has become a conservation stronghold. Many of the neighbouring farms are now being purchased by wildlife enthusiasts who are joining our cause which is fantastic.

What are your plans for the future?

Having established the Namib Tsaris Conservancy, going forward I would like to see a fence-free environment. I would love to transform this region into a landscape and wildlife sanctuary. The idea is to re-introduce wildlife that historically occurred here, going back 100 years and developing a 100-hundred-year plan for the future. Re-wilding, reintroducing and protecting anything from a rodent to a rhino that was endemic to this region. It would be great to collaborate with Namib-Rand and join with neighbouring farms to create an open environment where ecologies can function naturally and biodiversity’s are fully restored. That would be my ideal.

With thanks to Swen Bachran for taking the time to talk to me and sharing his vision. If you are interested in experiencing The Nest @ Sossus for yourself, please get in touch with one of our destination specialists. 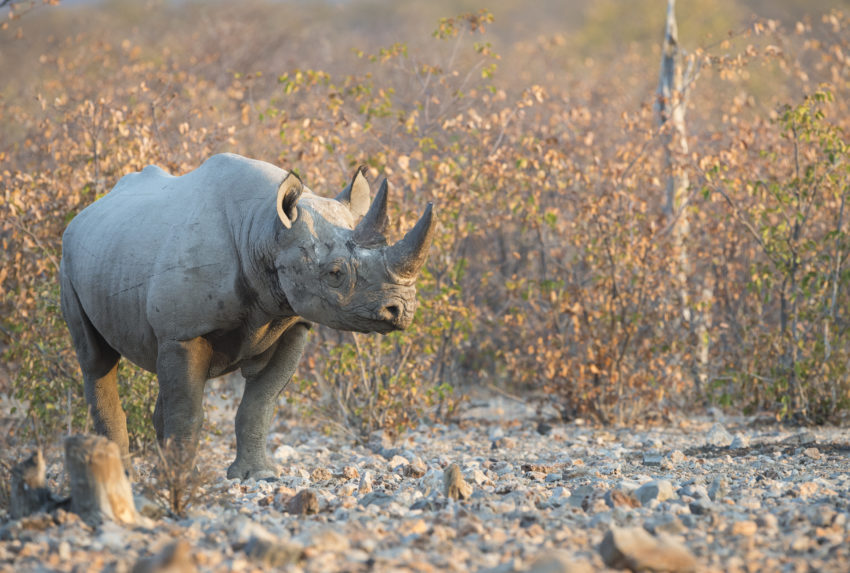