Richard Roberts died the Sunday before last, from cancer of the brain, at just 42 years old. Son of Willie, owner of the ever-fantastic Richard’s Camp, co-founder of the wonderful Mara Elephant Project, pioneer of the helicopter as vehicle for a mode of travel that has redefined what it means to go on safari, Richard was – and remains – the most glorious of men: an untamed visionary, a beautiful go-getter, and absolutely dedicated to the Mara, where he lived most of his life.

Those of you in the business will have known Richard – if not directly, then certainly by reputation. My own friendship with him began about ten years ago, though I’ve known the family for as long as I’ve been in Africa-based travel. Much of what I know about anything related to conservation, I learnt from Willie Roberts, and by extension, Richard, who shared his father’s ethics, adventurous spirit, and organisational acumen. If you’ve ever had the pleasure of staying at Richard’s Camp, you’ll know exactly what I mean: it’s a first-class camp, in every respect.

More than this, it has traditionally served – alongside sister lodge Forest Camp – as the traveller’s first introduction to the Mara Elephant Project (MEP) and to at-risk ecosystem conservation in general. As I understand it, the catalyst for founding MEP was the slow and unpreventable death of an elephant that had returned wounded from an unprotected area of the Mara. Set up in 2012, its anti-poaching patrols, rapid response units, collar-and-monitor operations, and human-elephant conflict mitigation practices have resulted in a massive decline in the number of Mara Ecosystem poached elephant. A testament to Richard and the team’s work.

All of which is only a partial picture of the Richard Roberts I knew. A well-rounded and most liberal character, I remember once – along with my family – spending an evening in camp, polishing off a superb bottle of rice wine, a gift from previous guests, and which had a rather disabling effect on one or two gross motor skills. Subsequent attempts to walk a straight line were met with abject failure, and as civilised company collapsed all about him, Richard drew our attention to the sound of a pennant winged nightjar, happy to add his encyclopaedic knowledge about said bird to the general carnage.

Indeed, most meetups with Richard and mutual friends were a delightful mix of life’s good things: the great outdoors, fine company, and a wonderful capacity for unbridled joy. Most sanguine about his diagnosis, I remember him showing me a scan of his tumour, which he described as being his Hells Angels skull, complete with fiery wings. He was exceptionally comfortable with his own mortality, a disposition summed up by a picture on his fridge, which depicted Richard and his great friend Ben Simpson stood facing the camera, on the edge of Mt Nyaragongo’s crater, its lava lake bubbling merrily behind, not a care in the world.

Richard leaves behind him his wife Liz, and their children, and the rest of the Roberts family, who only last year lost Willie, to cancer as well. My heart goes out to them. He was great man, like his father, and I feel extremely fortunate to have spent some of my own life with him, out there, laughing with the world. 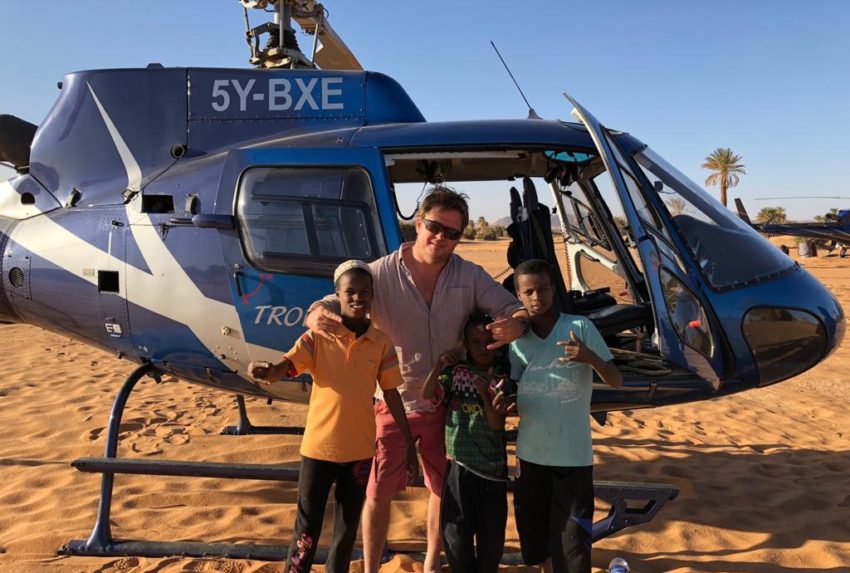