Paige Ethington-Hardy died of ovarian cancer on 6th June, 2016. She was a friend, a great early champion of Journeys by Design, and it is via Paige and her husband Tripp Hardy that my eyes were first opened to what was then called the new philanthropy. I only learnt of her death in January this year, via the Ethington-Hardy family Christmas card.

I first met Paige in the late 1990s, while managing Borana Lodge. She was there with a friend, and I was struck by her warmth and her positivity. We stayed in touch, and when I started Journeys by Design in 1999, she was a wonderful early sounding board for all things American, introducing us to one or two of our earliest clients, and generally going out of her way to help what was then just a young me, my brother-in-law’s computer, and my knowledge and experience of wild Africa.

If that were all, I would owe Paige more than could possibly repay in this lifetime. Together with Tripp, she introduced Journeys by Design to what has been our most rewarding market. However, that was just the beginning. No doubt encouraged by Paige, Tripp introduced us to the Robin Hood Foundation, the charity’s committee inviting us to take part. We sold our first charity safari for $300,000, an extraordinary price. As an experience, it forms the foundation for what is today Wild Philanthropy.

Indeed, Paige’s knowledge, enthusiasm and ability were such that she became Journeys by Design’s US representative, and in the years that followed that role, I would try to catch up with her and Tripp when in New York. While I know Paige had been treated for cancer three years ago, and seen her since, I was out of touch when it returned last year. She died within six weeks of being re-diagnosed.

I am extremely grateful for everything Paige did for us. It was above and beyond anything I could have expected. I will miss her tremendously, and am delighted that Tripp is founding an ovarian cancer charity called Leopard Tuesday, named so after her favourite print, worn by her friends on the days Paige went in for treatment – always a Tuesday. She was an extraordinary individual, as evidenced by the top 11 list that came with this year’s Hardy Christmas card: ‘Learn to say thank you’; Show your children that you are strong, resilient, funny and sometimes crazy; ‘Miracles happen every day.’

I consider myself incredibly fortunate to have known Paige, and my thoughts are with Tripp and their five lovely children. 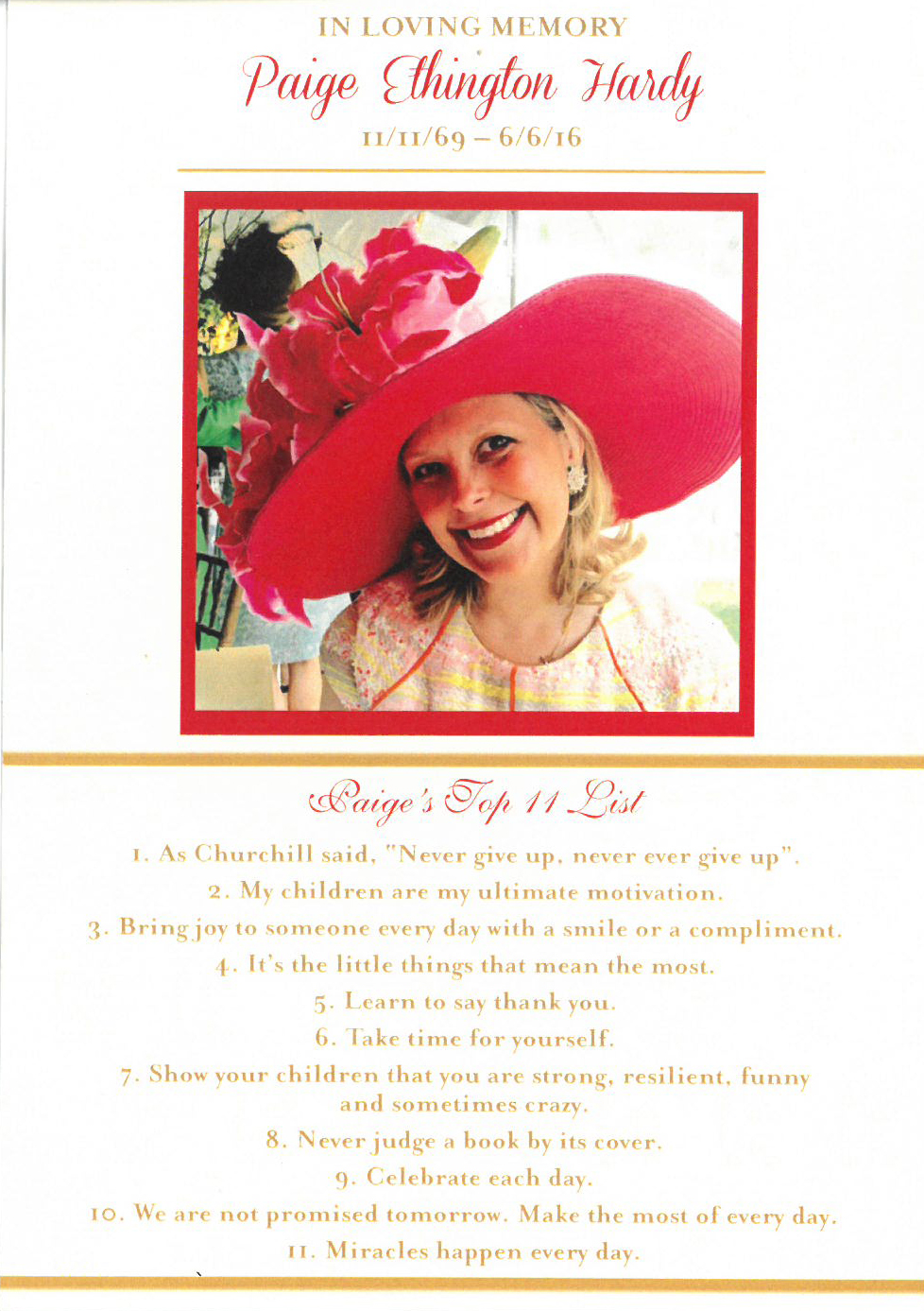