In the first of a light-hearted series of bush tips, Chris Tinkler takes us on a beginner’s guide to safari, delving into the history and meaning of the word itself; championing what it means to be there, in the flesh; and sharing anecdotes that demonstrate beautifully why going on safari is not about ticking off the Big 5.

What it means to safari

The word ‘safari’ in Swahili means ‘journey’ and this is exactly how a trip to Africa should be perceived and certainly be undertaken. The word has taken on many meanings since its induction into the English language in the 1850’s by explorer Richard Francis Burton. Western arrival into Africa saw the word be coined primarily as a hunting term and in fact this is where another catch phrase originated and that was the “big five”.

Originally the term “big 5” was used to describe the top five most dangerous animals to hunt in Africa. In recent times however, in not all but most very large tracts of Africa, Winchesters and Remington’s have been swapped for Nikon’s and Canons as the big five are shot only by the camera.

Africa, just the word itself conjures up thoughts of adventure, exploration, mega fauna, ancient cultures and endless vistas. To see all of this is more than covering the distance but rather about encapsulating the entire experience and undertaking a meaningful journey, or shall we say a safari?

Get thee to Africa

In most instances, you must have some curiosity into the natural world as a starting point. Africa is after all home to some of the world’s last remaining great wilderness areas. Not forgetting the continent’s great diversity of wildlife, there too is a fascinating mix of unique cultures, many of whom are still living the same way of life that they have done for thousands of years.

If you do have a slight intrigue in the above, there is no doubt that you have watched some of the incredible documentaries available today. While these are truly outstanding showcases of film work, have you ever watched and wondered how loud is that lion’s roar really? Or a herd of one thousand cape buffalo thundering into an open floodplain actually looks like in the flesh? Or what the bark of a 2000-year-old baobab tree feel like? Or what the marula fruit – so relished by elephants in the summer – tastes like?

There is only one answer to all of this: you should go on safari and not only view but feel, taste, touch and smell Africa’s many wildernesses.

As an ex-professional safari guide, with over a decade’s worth of experience in in the field, I can say that I always took immense pleasure in guiding a first-time safari client. The excitement that somebody has as they get onto the vehicle for the first time is simply addictive. You can feel that anticipative energy and it rekindles some of my own initial memories of my own safari induction.

The key here is the word ‘expect’. This is something which should be changed to ‘enjoy’,’ appreciate’ or ‘witness’. I will explain why: In nature nothing is predictable and this is really the beauty of it. At no point does any animal in the wild need to consult their iPhone about the opening times and availability of space at the river or waterhole. Imagine a herd of migrating wildebeest in that scenario! And how many seats would you like, sir, ma’am? Around 1.5 million thanks.

So, the point is when you head out on that first afternoon I know you are dreaming of that lion or leopard – and so you should be. But don’t let that be your sole focus at the expense of the beauty around you. Take in the magnificent trees, the open skies. Stop for some of the birds. Let nature dictate the flow of the day. It will anyway. 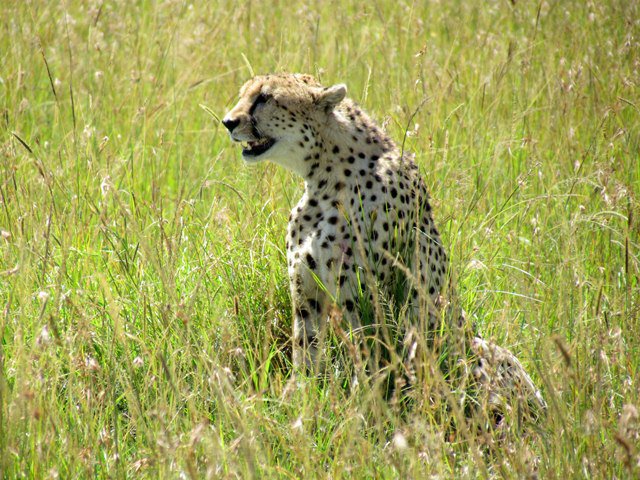 Two fine examples of going with the flow

The hornbill, the mongoose, the jackal and the lion

When guiding a first-time guest in the Naboisho Conservancy, in Kenya, we stopped early one morning for some hornbills on a disused termite mound for a ‘quick’ photograph. These birds are generally fairly common but fascinating to learn about. The hornbills were calling vigorously seemingly down the holes of the mound. This had obviously awoken some sleeping dwarf mongoose, who then emerged as a result of the hornbills’ noise. Hornbills often like to follow mongoose in order to steal any food items the mongoose dig up and miss and therefore like to rouse them in the morning.

We stayed for a while longer to now observe the mongoose. One of the mongooses then let out a warning call which sent both birds and themselves dashing for safety. Searching for the source of the disturbance, we scanned around and located a black-backed jackal moving rapidly across the woodland behind us. We decided to follow this jackal, which led us to the reason he was in such a hurry: a lion with a kill a short distance away was his target.

The lesson? The ecosystem is all in tune and connected and by observing something as seemingly simple as a bird it brought us to something completely unexpected.

I have experienced that allowing things to take their course like this can be very rewarding and this was the case in watching an animal called an impala. These graceful little antelope are often viewed first and frequently and I would always spend a few minutes with my first-time guests watching their first impala herd. They are abundant animals and of major importance in the eco-system. Just about every large predator eats them too! They are often dismissed within seconds on some safaris as people go off in a hurry searching for the big-ticket animals. 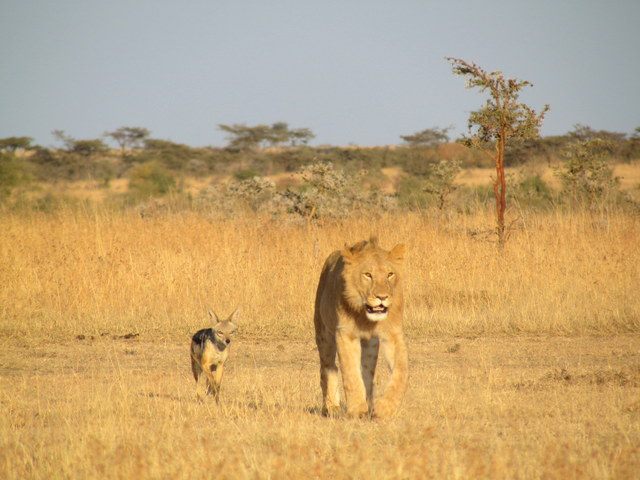 One of my most memorable cheetah sightings came in the Sabi Sands, in the Greater Kruger, when watching two impala rams sparring with each other, locking horns frequently. The result was one of them lost by default to a cheetah, who had noticed the impala had dropped their guard and attacked from behind. Until we had stopped for these “common” antelope, we were not aware any cheetah currently resided in this particular area and certainly were not aware of this one hiding in some bushes close to these impalas.

If you can, go experience the wilds of Africa in person. When there, let nature be your guide. Go with the flow. Watch everything, even the littlest or most common creatures. You never know what is watching them too, so stick around a while, most importantly take your time and let nature decide, you will be far more fulfilled and rewarded. 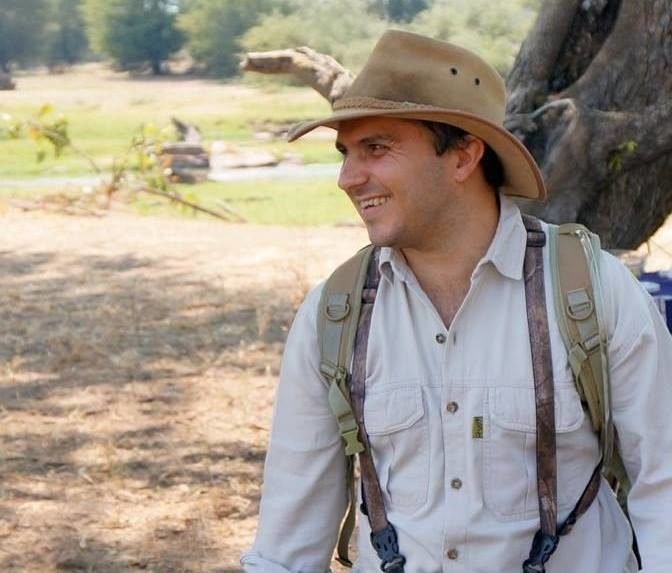