The full story of Joyce Chianda (Scheuerman) is one I can’t tell. I just don’t know it. Not all of it. However, the bit of it I do, I relate solely for the purpose of illustrating a quality as rare as it is admirable: resilience.

I first met Joyce Chianda in Addis Ababa, Ethiopia, in 2002. At the time, Journeys by Design was only two years old. I was in the process of cementing our offer in the country I knew best. I had been fortunate enough to have guided the photographer Don McCullin into the Omo Valley and across the border to Lake Turkana and surrounding environs. Joyce and her husband, Halewijn Scheuerman, owned Kenya based Jade Sea Journeys. The Scheuerman operation was – and remains -the only ground operator in the Omo Valley running boats along the Omo River. This alone gives them huge operational advantages. Inevitable, then, that Journeys by Design should require its services. As I say, we met in Addis.

If you know the Omo Valley, then you will have some idea what it is to run a business that operates along the Omo River, and through a delta habitat – marshlands, riverine forest, islands – visited by less than 100 people a year. Starkly populated, by the Dassanech, Nyangatom, the Kara, the Hamar, Mursi, and the Surma, it’s an incredibly remote part of eastern Africa. If you’re going to speak of resilience, it’s enough to try and imagine how in the world the Scheuermans ever managed to set the operation up in the first place, let alone make an ongoing success of a specialist camp like Lumale Camp. It takes three days to deliver vegetables from Addis Ababa, a massive five from Nairobi. Imagine the logistics – and the solitude.

Nonetheless, running a camp and mobile safari in remote and challenging conditions, and managing despite the odds, isn’t why I mention Joyce. Africa is where it is still possible for people like the Scheuermans to live out impossible dreams. And many do it. However, most don’t lose their partners in an accident on the Nairobi-Mombasa Road. Halewijn Scheuerman died in December 2009, two weeks before he was due to host and guide an expedition on and around Lake Turkana. Joyce had to step in immediately, straight after the funeral, and see the trip through. It must have taken an enormous amount of strength, and I have to admit that I thought that would be it. Joyce is a very special person, but I couldn’t see how – and I say this with the greatest of respect – even she could bear to carry the operation alone, without her partner in dreaming.

Which proves just how little I know about Joyce Chianda. In conjunction with a local Kara guide, host and business partner, Lale Biwa, to whom much credit must be passed, she carried on. And carried on brilliantly. I’m in almost daily contact with Jade Sea Journeys. I know that all is very well, and this is largely because Joyce has made it so. I have no idea how she did it, and frankly it’s none of my business. She just has. She is a most remarkable woman. 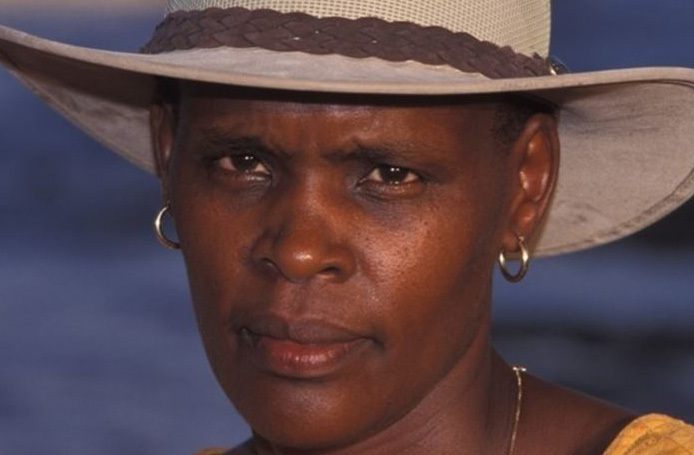