I am always grateful for the fact that – even today, the industry increasingly the domain of large global travel companies – I continue to bump into men and women for whom the business of making safaris begins and ends with a dream. Chief among them is Roland Purcell.

I first met Purcell in the early 1990s, when I was managing a lodge in northern Kenya. He was sitting in bed, his children gathered about him. He was reading them a bedtime story. I remember the delight and the wonder that such moments are made of, but I remember also being struck by the unexpected domesticity of the scene. This wasn’t how I envisioned meeting the man who first brought our attention to the extraordinary beauty of the Mahale Mountains, who with just a Landrover, a trailer and provisions for company chose to dedicate a large part of his life living in perfect solitude – in a forest full of wild chimpanzee.

Yes, the Roland Purcell, in the flesh, for the first time, a real wild dreaming legend. Could he really also be a father in a house in Nairobi? Sitting in a bed?  I hadn’t realised such things held such men, which says, I know, more about me, the young man I was then, than it does much else. Truth is, now that I am a father, and have experienced most of everything that the adventures of fatherhood bring, I cherish the memory for different reasons. 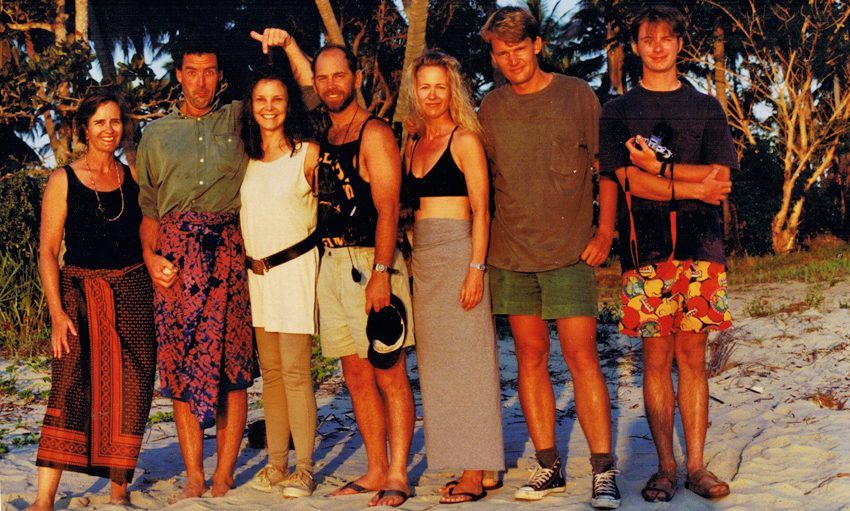 Even so, that’s the grown up me. Back then, Purcell and his exploits were, to my mind, the stuff of myth. An ex-auctioneer from Christies, of Irish descent, from what I think was reasonably well-to-do stock, Purcell arrived in East Africa on the wings of a dream. He went to Mahale Mountains National Park, western Tanzania, to a forest where the only other people was a small team of Japanese scientists, built a small lodge, called it Greystoke Mahale, co-founded Nomad Tanzania and began to run the most frontier-like safaris you could hope for. One of his early clients was Bill Gates. He was an unmitigated success.

Of course, for someone like Purcell, success measured in terms of the size of one’s bank account, or vis-a-vis the status of his clients, means next to nothing. Purcell’s journey was and is of an altogether different order. It’s a journey of the soul, of a dreamer, a real free spirit. It’s a journey that began in a forest, helped define what it is to travel adventurously and responsibly in East Africa, is yet to end, and serves, for me, as an endless source of inspiration.