I recently caught up with Graeme Lemon, the country manager of Wild Expeditions, a responsible tour operator running mobile tented camps throughout Ethiopia. A joint shareholding between Wild Enterprise (Wild Philanthropy‘s impact investment arm) and four local Ethiopian shareholders, Wild Expeditions strives to venture into some of the most unexplored and remote areas that Ethiopia can offer. Graeme is originally from Zimbabwe, home to arguably the toughest and most rigorous wildlife guide training in world.

Graeme: Everything that you might come across in the bush, you are tested on: putting up camps, tracking, hunting, any bizarre situation that you could come across as a guide, they will test you on. As for the final practical exam, they take you into the bush for seven days. They make you put up a camp and it starts from there.

I was referred to as a ‘suntan and champagne’ guide initially as my speciality at the time was guiding canoe trails on the Zambezi. Let me tell you, canoeing on the Zambezi put you into more dangerous situations daily than most guiding did. Never mind the hippo and crocodiles you’re paddling past with every hour on the water, you’re also camping fairly rough at night exposed to lion, hyaena, elephant and buffalo who make regular visits to your camp site. Canoe guides found themselves in fairly hairy situations regularly!

Simon: How did Wild Expeditions first come together?

Graeme: I met Will Jones when I was running my previous company. Those were turbulent times and unfortunately it came to an end. But we were trying to do something that Will had also been trying to achieve for a very long time. So, we sat down and discussed Wild Philanthropy loaning Wild Expeditions the money it needed to kickstart. A year later, here we are having had a lot of fun doing what we initially set out to do.

Simon: Are there any places in Ethiopia that you’ve never been that you’d like to explore?

Graeme: Ethiopia is on the cusp of something very special. There are a lot of areas that tourists haven’t gone through to yet. The usual tourist track goes through the north for the famous churches or you’ve got Bale in the South where you’ve got your endemic wildlife or the Omo for the tribes. But people haven’t ventured further afield.

There’s a place called Geralle National Park right down in the South East, on the Kenya border. Just recently I’ve heard there’s supposed to be thriving populations of elephant, buffalo and giraffe. I drove through there and it’s very similar to the lowveldt of Zim, so has a good carrying capacity for wildlife. I’m going to try and go exploring there this year.

In the west of the country is an area called Alatish National Park, which was gazetted not that long back. There is a population of Lion there that they never really knew about that traverse the Ethiopian and Sudanese borders – they’ve estimated close to 100 individuals in the area.

Also up in the North there’s Kafta Sheraro near Eritrea. There’s a small population of elephant that live up next to the border that nobody goes up there to see because it’s near impossible to get to. It’s in a classified dangerous area so nobody wants to go there, but you’ve got these unheard of pockets of wildlife.

Simon: Have you had any near-death experiences from your time as a guide?

Graeme: One that springs to mind is when I paddled over the top of a hippo in my canoe and it came up and absolutely smashed through the canoe with a few bites – I was in the water before I knew what was happening. One of the first rules of canoeing is to tie all your gear down with strings or netting. That way, if you do capsize, you don’t lose anything. I had done so many paddling hours on the river that I was probably a bit lax by this stage, so of course I hadn’t done that. So, when the hippo turfed me out, and obliterated my canoe, I lost my rifle, camera and binoculars.

The worst part was trying to recover my rifle. A couple of good friends were guiding near by and the three of us literally had to dive into the croc infested murky river. We tied ourselves together with rope, so if one got taken, we were all in for the fight, and we carried knives on every part of us. We got the rifle back, but probably lost a few years to stress on the back of that.

Simon: What do you get up to on a spare day or evening in Ethiopia?

Graeme: Today’s a public holiday and so nothing much is going on in the country. I’ve got Lale staying at the moment and so we went exploring in Addis but everywhere’s closed.

On the weekend I like to get out and travel a bit. The Jemma river gorge is spectacular and only a couple of hours drive out of Addis. There’s a beautiful waterfall there during the rains and the cliffs also support small populations of Geladas. I like Ankober. It was an old palace where they’ve created a couple of simple accommodation options. Great walking country around there. The lakes in the Rift Valley just south of Addis are wonderful for birdwatching. You don’t have to go too far to find a spot you’ll enjoy, but for the real exploration of Ethiopia, you’ve got to go to the far corners.

Graeme: We’ve got one trip coming through where two guys are walking in to the Omo Valley. They’re going to spend two weeks firstly in a Kara village and then they’re going to walk into the Mursi mountains and spend time there with the Mursi. It’s an extremely groundbreaking trip for us. It’s not the usual ‘go and see the villages and understand what the cultures are about’, this is getting into the real nuts and bolts of it all. Going into places where nobody goes.

A big thank you to Graeme. He’s a wonderful guide, not only for the fact that he has experience in abundance, but because of his thirst to step out, to find new places, and to explore the wildernesses that Ethiopia has to offer. It’s a privilege to have travelled with him. 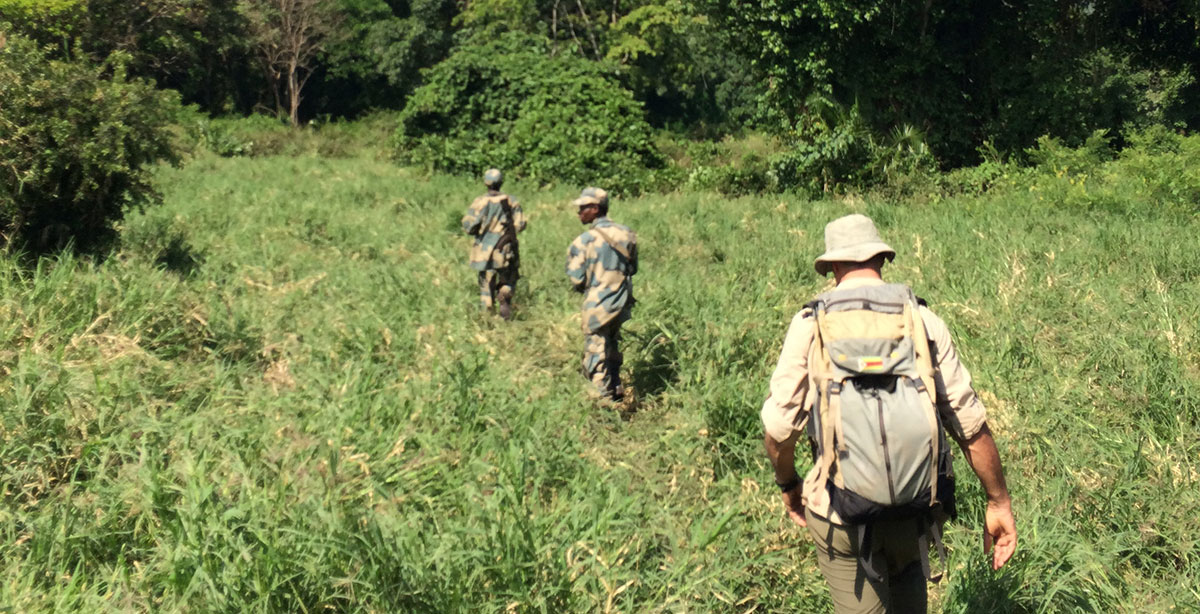